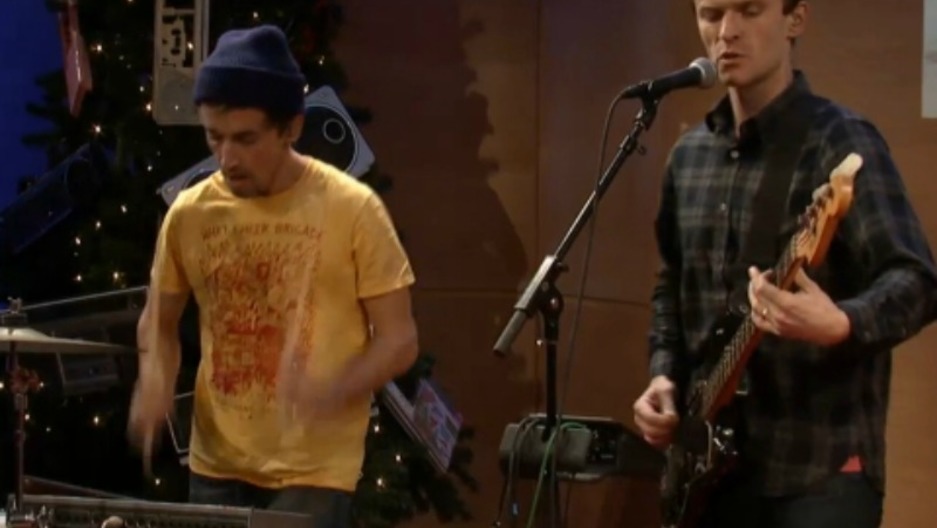 Watch the video below

3D printers make it possible to print almost anything --- from trinkets to houses. And with the price of the machines scaling down to consumer range, you may soon know someone with a 3D printer in their home. Maybe you already do. It's one example of science fiction becoming everyday nonfiction.

We wanted to see what our listeners might do with this new technology, so we teamed up with the 3D printer maker MakerBot to give them a challenge: to create a holiday ornament to be printed in three dimensions. Last week, MakerBot founder Bre Pettis joined Kurt at a party at WNYC's Greene Space to award the grand prize to Paul Draghicescu, a computer programmer from Seattle who won with his Snowflake Icosahedron. (Yup, that's a real word: an icosahedron is an object with 20 triangular faces, 30 edges, and 12 vertices.) Paul's design is based on a family tradition of making the shapes out of wood or paper. "We used to just go to fairs and cut them out of paper and play with kids," Paul told Kurt. "They're kind of like a geometric construction set --- and it's kind of an educational tool, mostly."

See the other 9 finalist designs --- from a dancing Snowman to a safe in the shape of a present.

For folks who were not so design savvy, we asked for photos of special ornaments and the stories that went with them. We chose four to be scanned by MakerBot's Digitizer at the event. Devin Mack came all the way from Baltimore with his wire reindeer. As an artist he is both excited about and wary of 3D printing. "I'm a wire sculptor by trade, so I have a vested interest in all things handmade."

But 3D printing alone does not a party make. Javelin was our house band for the night. Brooklyn-based cousins Tom Van Buskirk and George Langford have been playing around with electronic instruments since they were kids.