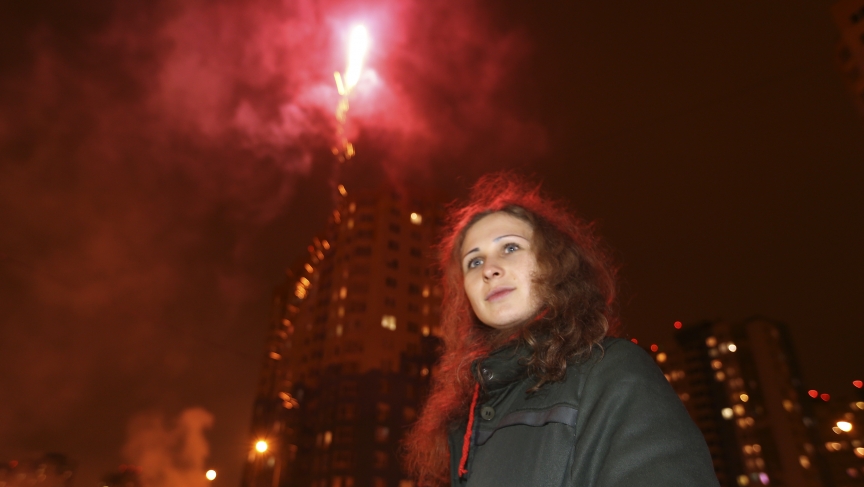 Tolokonnikova and Alyokhina were sentenced to two years in prison for a profanity-laced protest against Putin in a Russian Orthodox church in 2012.

"I think it was not political in the beginning. Primarily, it was just aimed at attracting attention and making Christians in Russia angry," said Dmitry Babich, a political analyst for the state-run radio station Voice of Russia. "Later on, when the hammer started to come to the anvil and there was a criminal case, the western media framed them as political protesters and they tried to fit that image."

Putin's prisoner amnesty is widely seen as an effort to improve Russia's image before it hosts the Winter Olympics in February.

After his release on Friday, Khodorkovsky said Putin was seeking to improve his image, while also showing that he is confident in his grip on power after weathering large opposition protests and winning a third term last year.

"I think the West convinced itself that Khodorkhovsky is a politician," Babich said. "For all of these 10 years, we have been reading in the western press that he is a powerful man, that he has convictions and that Putin is afraid of him and that he could be a very good candidate in a presidential election, and I'm not sure that it's the case."

The imprisonment of the Pussy Riot members caused an outcry in the West, but there was much less sympathy for the women in Russia than abroad.

"The West doesn't listen to the Russian people," Babich said. "It only listens to the people it wants to listen to — this small circle of liberal opposition which considers Khodorkhovsky a hero and Pussy Riot members artists."