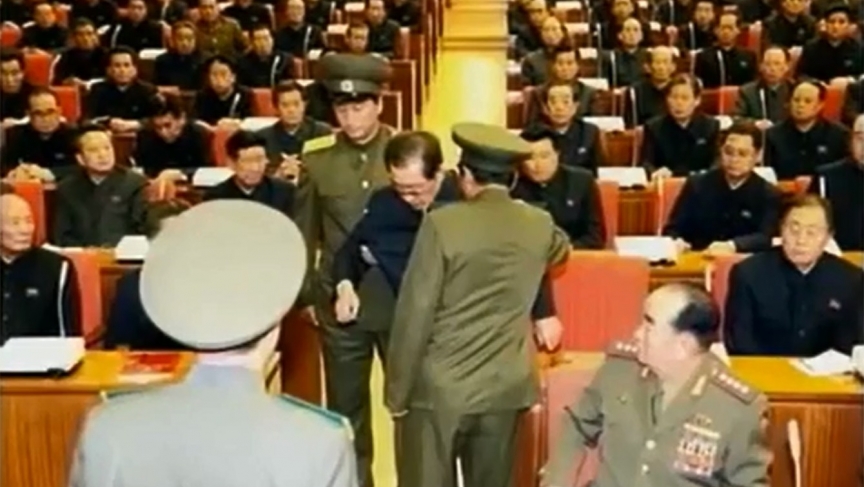 The moment of Jang Song Thaek's arrest, after he was denounced in the middle of a party meeting.

China's been quiet about the reported execution of the number two in North Korea's top leadership.

A foreign ministry spokesman said the arrest and execution of Jang Song Thaek was an internal matter. But, there may be more concern below the surface.

"I think there's deep disquiet in Beijing over the recent turn of events," says Jonathan Pollack, director of the China Center at the Brookings Institution.

"The reality is that Jang Song Thaek was the one North Korean official who had had any kind of sustained interaction with China, going back more than a few years," he adds. "And he was the official who was designated in the lead role on these zones that are trying to be created along the China-North Korea border. So the Chinese, in essence, have lost the one very senior official who they believe could have been their principal point of contact into the regime."

Pollack points out that one of the other officials reported to have been executed was also involved in activities with China.

In terms of what China has been trying to acheive in North Korea, Pollack says, "they have failed one more time."

North Korea, he says, is a burden, not an asset to China. But he says it's not clear if Beijing has any red lines, or what they can do should North Korea cross them.

The relationship, Pollack sums up, "is unblemished by success."