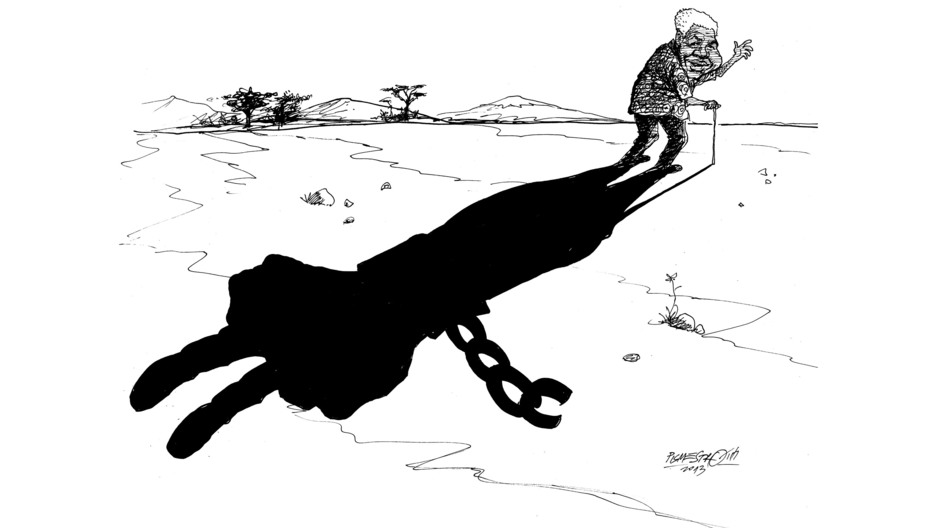 Nelson Mandela, even in death, casts a long shadow over all of Africa.

"If there is a country that has committed unspeakable atrocities in the world, it is the United States of America. They don't care."

In all the coverage of Nelson Mandela's life and death last week, few stories have recalled his sharp critique of the US — just a decade ago.

Mandela's rebuke occurred in the run-up to the invasion of Iraq. Mandela was fiercely critical of US President George W. Bush, British Prime Minister Tony Blair and Israeli Prime Minister Benjamin Netanyahu. All three leaders praised Mandela in his death — but none paid heed to Mandela's concerns in life.

Mehdi Hasan, writing for the Huffington Post, points out that Mandela had viewpoints that could be considered extreme — calling Israel a terrorist state, criticizing US labeling Osama bin Laden a terrorist without trying and convicting him — and that while he united his country, he wasn't afraid to speak out for his beliefs.

How Ethiopia turned Mandela into a soldier

In the early 1960s, Nelson Mandela took charge of Umkhonto we Sizwe, the armed wing of the African National Congress, and prepared it for guerrilla war.

In early 1962, Mandela slipped out of South Africa, illegally, to visit other African nations to win financial and political support for his nascent rebellion. Along the way, he had to learn how to be a soldier himself. The BBC reports that Mandela found all of the above in Ethiopia.

Who has claim to the oldest human rights charter? It's Iran

The Cyrus Cylinder may be small — only about 9 inches by 4 inches, but it is thought to be the world's first, written, human rights charter. It was inscribed 2,600 years ago on a clay cylinder in the Persian Empire, and it has just finished being exhibited throughout the US.

PRI's The World describes how Iranians in the US feel remarkable pride in this past — especially given the Iran's recent history.

Cathay Pacific's business-class passengers used to each get distinctive, individual salt and pepper shakers with their meal. They looked like pebbles and were so popular that business passengers were pocketing them and costing the company a pretty penny. Recently, Cathay Pacific discontinued their shakers, replacing them with "plastic sachets of seasoning" — available upon request. The South China Morning Post tells the story behind the change.

The Telegraph reports on how protestors in Ukraine vented their frustrations this weekend on a statue of Soviet-era leader Vladimir Lenin. The marble hulk stood tall less than half a mile from Kiev's Independence Square — that is, until some of the hundreds of thousands of protesters in the square toppled it and smashed it with sledge hammers. It's the latest installment of ongoing protests in Ukraine over the President's decision to turn toward Russia, while many Ukrainians want closer relations with Europe.

Ever wonder how a newsroom responds to breaking news?

Nelson Mandela's death came at the end of the day Thursday on the US east coast, more than an hour after PRI's The World daily edition is typically put to bed. The show and PRI.org had a line-up of non-Mandela stories that had aired at least once and were published online. Then everything changed. PRI's The World show producer Jeb Sharp walks through how The World and its journalists pivoted to create another 4 hours of constantly-updated coverage.

When caviar diplomacy was all the rage at DC's Iranian Embassy http://t.co/QQOf6XkvPd

Shanghai is enduring its seventh day of dangerous pollution — pollution so bad last week, it obscured the tops of buildings when you were standing right next to them. The air quality index was a mere 238 today, or heavily polluted. And while the air is toxic, it has improved since the index soared to a record 482 on Friday, according to Bloomberg. Winter often brings the worst air to Chinese cities because of the additional coal burned to create heat, and weather patterns that trap smog.