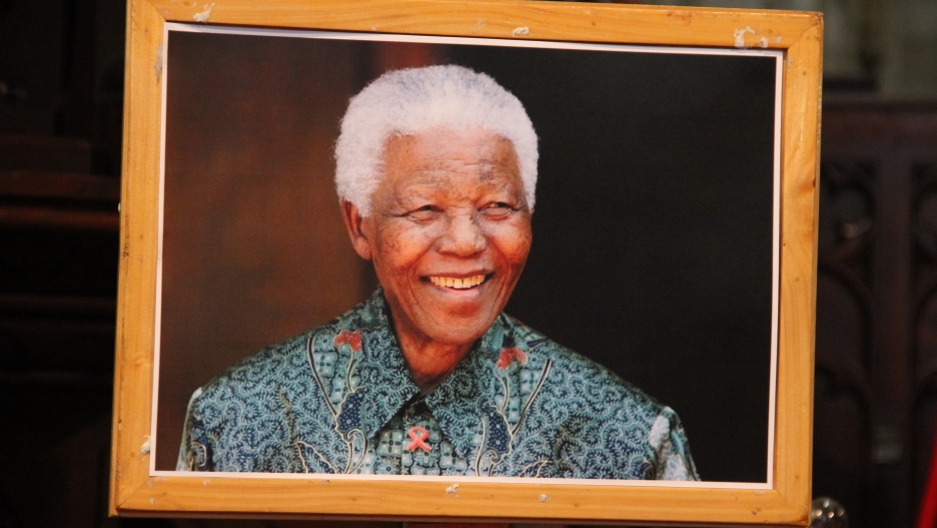 A portrait of Mandela inside St. George's Cathedral in Cape Town

Nelson Mandela, the face of the struggle for social justice in South Africa, constantly stressed the importance of his fellow leaders during the anti-Apartheid movement.

Denis Goldberg, a white South African, was one of those compatriots. Goldberg was tried alongside Mandela at the Rivonia Trial in the 1960s, and both men were sentenced to imprisonment for their political activism.

But Goldberg says the 22 years he spent behind bars with Madiba were not filled with dreams and discussions of victory and fame. Rather, they were immersed in the immediacy of the battle for freedom.

“One doesn’t have that kind of discussion,” he says. “What you are doing is working together to achieve a vision. And the vision was a South Africa free of racism by law, which was apartheid.

"We were going to get rid of it. That was the vision. I can only speak for myself, but I don’t think we expected to survive. We hoped to. We really hoped to. But the vision was a free South Africa. The prize was the freedom.”

Mandela admits, and wrote in his book, that he came to politics late in life. But he had a knack for it.

His goal, Goldberg says, was always to negotiate a political settlement to end apartheid. And Mandela was influenced by Mahatma Gandhi, the famed Indian activist who called for non-violent protests — theories Gandhi developed while in South Africa.

But Mandela was willing to take up arms when it came down to it.

"For Nelson Mandela and his colleagues, to take a step away from [non-violence], and to convince people of the necessity of that struggle, and to convince the court and many white South Africans and the world of the justice of our cause, was a remarkable feat," Goldberg says. "This was the greatness of the man."