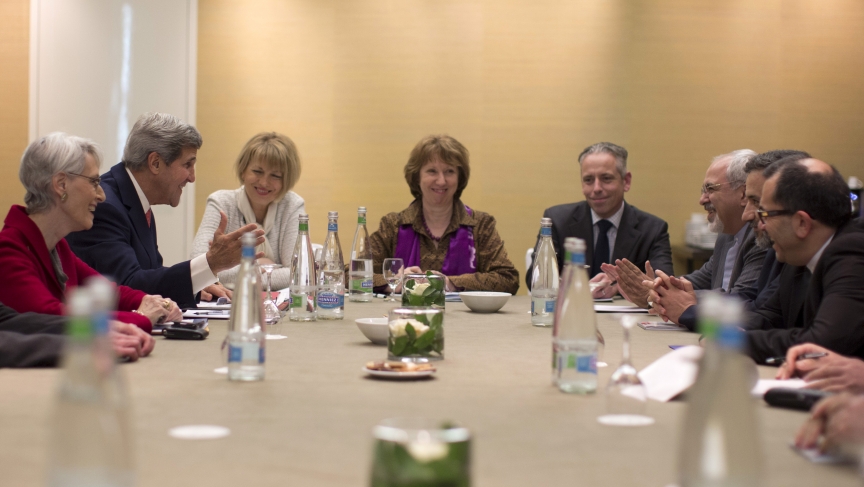 Hopes were high late last week when negotiators for Iran and six other countries met in Geneva.

The five permanent members of the UN Security Council — the US, UK, France, Russia, and China — and Germany had a goal of curtailing Iran's nuclear program. In exchange, Iran was looking to have sanctions against the country removed and relations restored with the rest of the world. But the talks fell through at the last minute.

"I think they were very close to getting a deal," says Barbara Slavin, senior fellow at the Atlantic Council in Washington, DC, and author of “Bitter Friends, Bosom Enemies, Iran, the US, and the Twisted Path to Confrontation."

Slavin says it was both the French and the Iranians who caused the last minute collapse of the deal.

The French demanded a halt to construction at the "Arak" heavy water reactor, which is yet to be completed. Slavin says the French concern is that, if this reactor becomes operational, it would be impossible to bomb it, as a last resort, without risking heavy radioactive spills.

The Iranians, on the other hand, say Arak's purpose is to produce nuclear isotopes, useful for medical and agricultural purposes.

But even though there was no deal in the end, the meeting in Geneva did have positive outcomes.

US Secretary of State John Kerry, for example, pointed out that the US and Iran had direct talks for 30 hours over the weekend, which is more than they had spoken over the past 35 years.

While Slavin says that's "a little bit of an exaggeration," she says the meeting points to a thawing of relations.

"We had candid shots of Wendy Sherman, the [US] Under Secretary for political affairs, chatting in the hallway with her Iranian counterpart quite casually. You almost had to pinch yourself," says Slavin.

Iran and the P5+1 nations, the five pemanent members of the Security Council and Germany, will meet again on Nov. 20 to continue talks.

Meanwhile, Iranians inside and outside the country are watching these talks very closely, since an agreement would affect their everyday lives.

Iran's economy has suffered under harsh economic sanctions. The US and European countries have tried to put pressure on Iran by sanctioning its banks and financial systems, making it hard for citizens to do business with the rest of the world.

Iranians have tried to work around the sanctions. One family-owned business in the city of Isfahan has come up with a way to serve international customers. It is accepting the virtual currency bitcoins. Morteza Ronaghi, the owner, says his cousin in Australia came up with the idea. The Ronaghi family sells handmade leather shoes and handbags.

So far, he says, he's received orders from Finland, the US and Hong Kong. Still, he hopes Iran's new president and new rounds of nuclear talks will lead to meaningful changes for his country, and for his business.