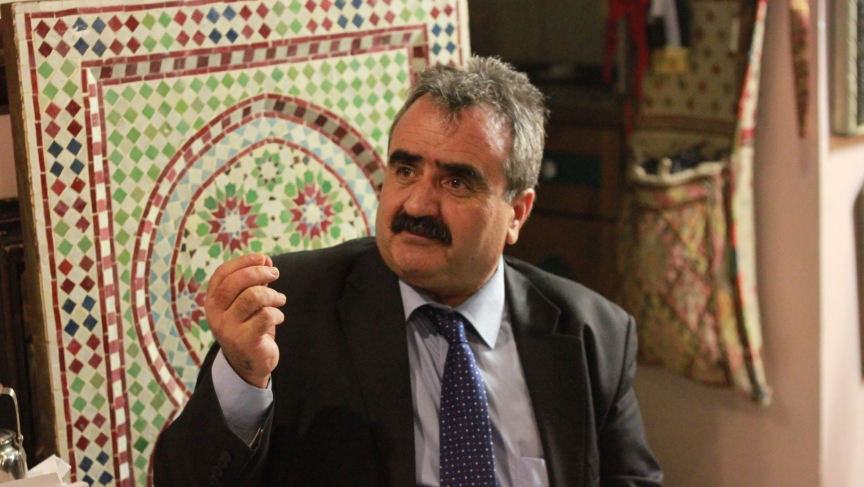 Asad Ewaiwi, a Palestinian political activist and university professor of political science, says it's no surprise a government would spy on its friends and it citizens.

Privacy? In Israel? There isn’t much of it. Especially when it comes to matters of security.

Revelations about the NSA keep on coming. Classified documents released by former NSA contractor Edward Snowden have revealed the enormous appetite the National Security Agency has for data on Americans, and really all the people of the world. All of this has many Americans worried about privacy, but in Israel and the Palestinian Territories, people figure somebody’s always listening.

“Israeli friends of Palestinians,” said Hila Mann, a 20-year-old soldier. “If they need to find something about Palestinians that get into Israel or try to do something, they will listen to Israeli citizens who are in touch with these people. I think that’s horrible, but everything here is for the security of Israel.”

But what is being done? How much domestic wiretapping takes place in Israel?

No one really knows.

“There really is very little information available to the public on security wiretapping,” said Lila Margalit, an attorney with Israel’s association for civil rights. She submitted a freedom of information request to the Prime Minister’s Office last year to try and get even a broad idea of what the government is doing. A few months ago, her request was denied.

“Israeli society is a society which has a lot of experience with terrorism, war, which tends to place lots of faith in its security agencies (and) generally willing to make compromises for security,” Margalit said.

What is clear is that the law allows the Shin Bet — Israel’s FBI — to collect any data from Israeli phone companies and Internet providers. No judicial warrant is needed. But unlike in the US, domestic surveillance hasn’t become a topic of debate here. This is actually the first time Margalit has even been approached for an interview on the subject.

“People generally assume that they are not the target,” she said. “Wiretapping, if being done for security reasons, isn’t being done to them.”

Palestinians assume the exact opposite.

“Palestine is the hub of spying. As a Palestinian, you have no protection whatsoever from laws. This phone, anybody could be spying on you and no one would stop it. On the Internet, the same,” said Saeed Amjad, a 24-year-old construction worker in al-Bireh, a town in the West Bank.

Another guy working in a cake shop, 23-year-old Abdullah Mohammed, seemed on the verge of tears when he spoke about his fears of being watched.

“These days it’s quite natural. I might be walking in the street and somebody behind me is spying on me,” he said.

Paranoia about spying is not unfounded. Israel has cultivated a broad network of Palestinian collaborators paid to spy on their communities — sometimes even their families. Asad Ewaiwi, a political activist and university professor of political science, said he is certain Israeli security has tapped his phone calls. An Israeli army official in the West Bank town of Hebron also tried to recruit him.

Ewaiwi said the military governor of Hebron called him several times, asking to join him for a cup of tea or coffee to talk.

“I said, 'I am not a businessman needy of your help. You are killing my people and I am not going to sit with you and have a cup of coffee with you,'” he recalled.

But Israel isn’t the only one with ears perked up. Palestinian security services are also known to monitor West Bank Palestinians’ communications, chiefly in order to round up Hamas and Islamic Jihad activists.

Ironically, Palestinian security officials were trained and funded by US intelligence agents in Turkey, Jordan and even in the US.

“It is understandable and it is expected that the Palestinian authority, Palestinian security agencies, adopt American ways of surveillance on their own people,” Ewaiwi said.