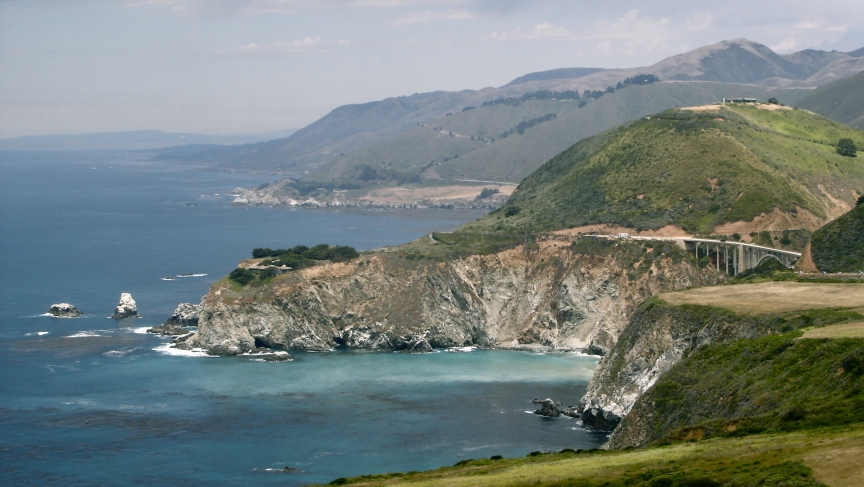 California, with its miles and miles of coast lines, is working with British Columbia, Washington and Oregon to try and slow climate change.

The biggest state on the US west coast is teaming up with the biggest province on Canada's western seaboard to try and make a difference on climate change.

With more than 38 million people, California is already the most advanced of the American states in terms of climate protection laws. But California Gov. Jerry Brown decided the best way to maximize its impact was to reach out to other like-minded states in the Pacific Coast Climate and Energy Compact to have a bigger impact on climate change. Other members of the compact, which was formally established last week, include Oregon, Washington and British Columbia.

"[Climate change] is very unique in the sense that no one place, no one state, or even one country can solve it. It takes a lot. It takes everybody ultimately," Brown said.

The big part of Brown's plan is to reduce carbon dioxide emissions by putting a price on carbon. California has cap and trade. British Columbia has a tax on carbon. Other states have implemented new regulations for appliances and put new restrictions on land and water use.

"There’s many, many things you can do, and, ultimately, of course, putting a price on carbon is essential, but that will take time, and we’re taking the first steps, and we hope over the months and years ahead, we’re going to get to the point where we do all the things we need to," Brown said.

Critics say putting a literal price on carbon will cost jobs — but Brown won't hear any of that.

Everything has a price, he said.

"Oil companies raise the price, they lower the price, sometimes putting as much as 50 cents a gallon in the space of 10 months. But we have a problem that carbon going into the atmosphere is trapping heat, which is changing radically and irreversibly the climate on which we all depend," he said.

Brown says California can't afford to wait for the federal government to take action, either. So Brown is reaching out to other states and even other countries to try and make a difference while federal officials are, as he says, paralyzed.

"California is 12 percent of the country, and we’re going to start pushing and we’re joining now with other states. We have a memorandum of understanding with various provinces in Canada. I’ve reached out to different states in Mexico," he said.

Of course, China is a major influence on global climate change and dwarfs California's contributions to global pollution. Brown says China is already trying to rein in its pollution — more aggressively than the US even.

"They’re the world’s foremost producer of wind machines and solar installations, solar collectors ... they’re moving ahead," Brown added. "Now they’re also burning lots of coal, and that’s bad. But in many ways, it’s going to take China and various progressive states in the western hemisphere to join together with Germany and countries in Europe, and that’s the way I think we’re going to turn this thing around."

Brown says, absent leadership from Washington, it will take leaders in California and British Columbia and China and Germany, working together, to make progress on resolving global climate change.

"We’re on a precipice. If not understood and reacted to will irreversibly degrade the future prospects for everyone, and not just those living in America," he said. "I don’t think that has to be the future."