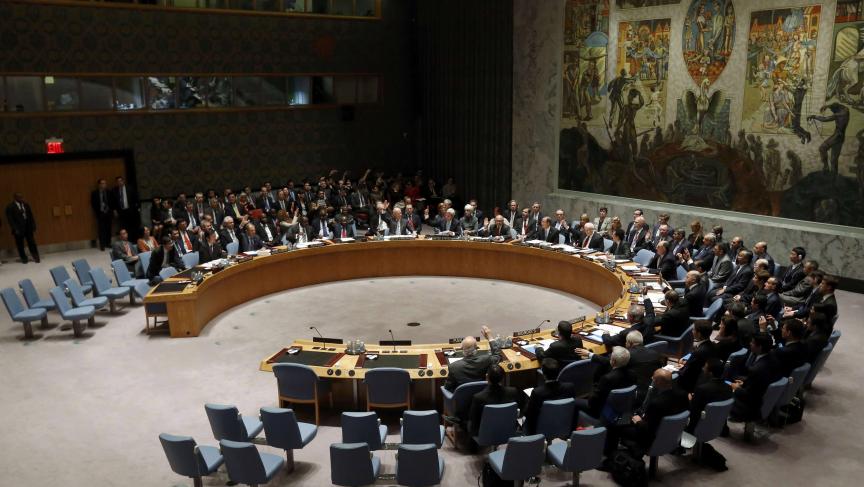 Members of the United Nations Security Council vote unanimously to approve a resolution on Syria's chemical arsenal on September 27, 2013.

Saudi Arabia's sudden decision to turn down a seat at the United Nations Security Council came as a complete surprise to many, including - apparently - the kingdom's own diplomats in New York.

"We take this election very seriously," said the Saudi ambassador to the UN, Abdallah Yahya Al-Mouallimi, after the UN General Assembly voted on Thursday to give Saudi Arabia a seat on the UN Security Council for a two-year term.

The ambassador said the election affirmed Saudi Arabia's "longstanding policy in support of moderation, and in support of resolving disputes in peaceful means."

But hours later, a statement from the Saudi foreign ministry struck an entirely different tone, criticizing the UN Security Council for failing to effectively deal with conflicts in the Middle East.

“Accordingly, the kingdom of Saudi Arabia, based on its historical responsibilities toward its people, Arab and Islamic nations as well as toward the peoples aspiring for peace and stability all over the world, announces its apology for not accepting membership of the Security Council until the council is reformed and enabled, effectively and practically, to carry out its duties and responsibilities in maintaining international peace and security,” the statement said.

The UN Security Council has 5 permanent members - the United States, Russia, China, France and Britain. The Saudis had been vying for one of the ten rotating positions on the Council, a position they've never held before.

"It's very puzzling," said Gregory Gause, an expert on Saudi Arabia at the University of Vermont. "The Saudis campaigned for this seat, they prepared for it, they had their diplomats going through special courses to get ready for a role on the Security Council."

When a nation sits on the Security Council, it puts that country into the international spotlight. Members of the Council have to take votes on controversial questions that might pave the way for economic sanctions or the use of military force.

"But that was something that Riyad knew when it started the effort to get the seat," Gause explained. "This isn't something that changed in the last 48 hours."

In fact, given Saudi Arabia's vocal stance on the need for more international action in Syria over the past few months, it seems like just the kind influential position the Saudis would want to have, says Ahmed al-Omran, who runs the blog Riyadh Bureau, out of Saudi Arabia.

"The ambassador, when he spoke yesterday, he seemed unaware that this decision was coming," said Omran. "He was talking about Saudi Arabia looking forward to work on peace and things like that, and then a few hours later, it seems all over."

Saudi Arabia now argues that the UN, in its current form, simply isn't the most efficient way to spur peace, and Saudi Arabia is tired of feeling ignored.

"Maybe Saudi Arabia wanted to make a stronger statement," Omran said. "They already made their stance clear about the UN's lack of action over Syria and other conflicts."

Colum Lynch, who covers the UN for ForeignPolicy.com, says the Saudis are expressing a long-time critique of the Security Council. And that has to do with undemocratic nature, "because 5 of 15 members control everything, and they operate under their own rules. There is no other body or institution that can challenge their decisions. They can make mistakes and, if they make mistakes, they don't have to fix them," Lynch says.

Still, Lynch would place his money on a Saudi change of mind. He says Saudi Arabia could backtrack on its refusal, make yet another reversal, and then take its seat on the Security Council.