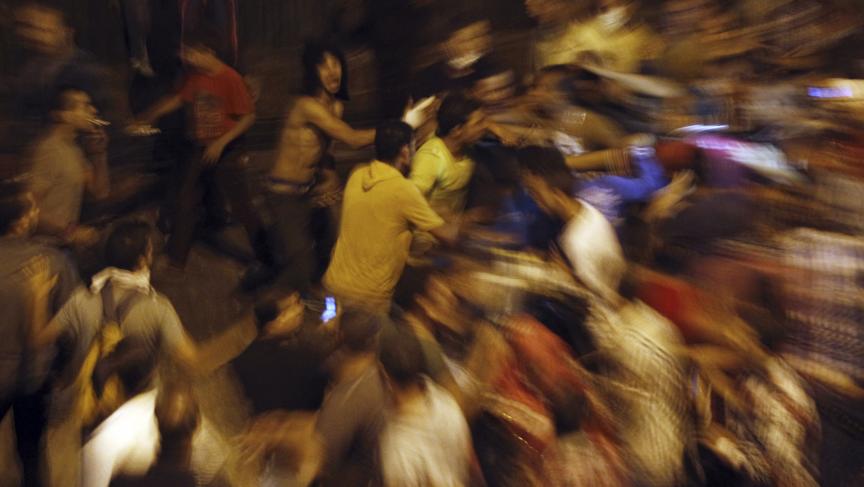 Anti-Mursi protesters clash with members of the Muslim Brotherhood near Tahrir Square on Oct. 6, 2013.

Who didn't look on in awe at the massive crowds that filled Tahrir Square during the protests that ended Hosni Mubarak's rule in Egypt? Or the throngs that swelled in places like Gezi Park in Istanbul, or the "Occupy" protests in the US. It's the age of social media movements.

But protests that rely heavily on the likes of Twitter and Facebook, says the University of North Carolina's Zeynep Tufekci, are far more likely to flop in the long term than the demonstrations from decades past.

Tufekci sees what she calls a "boom-bust cycle" for social media-inspired demonstrations.

"A lot these movements, which have a lot of energy, a lot of people behind them, and yet you look at policy, and it's as if these movements did not exist," Tufekci says.

"I think the movements have been taken in by how spectacular the protests have been. But I want to say, compared to the past, they do not any longer signal the same threat to authority. Authorities look at this and say 'we saw this in the anti-war marches against the Iraq war' in the second Bush presidency. [President Bush] said, 'Why should I take it more seriously than a focus group?'"

Tufekci says social-media fueled movements can summon huge crowds with little effort, and without tackling prickly political issues, like who will lead the movement and how will protestors go about negotiating with authorities. She argues that this social media "short cut" means that politcal organizers around the world — in locales from Egypt to New York — are unprepared to represent their movements in later phases of organizing.

"That whole global sense of 'we can do it this new way' is in the long term, so far, leading to movements with much less bite than bark," Tufekci argues.

Still, Tufekci notes, the experience of being out on the street with like-minded protestors, or occupying a square or park, can provide an important spark for social activists.

"Just having, even if it's just a few weeks, to live in an environment where everything is possible, or everything seems possible, is life changing," Tufekci says.