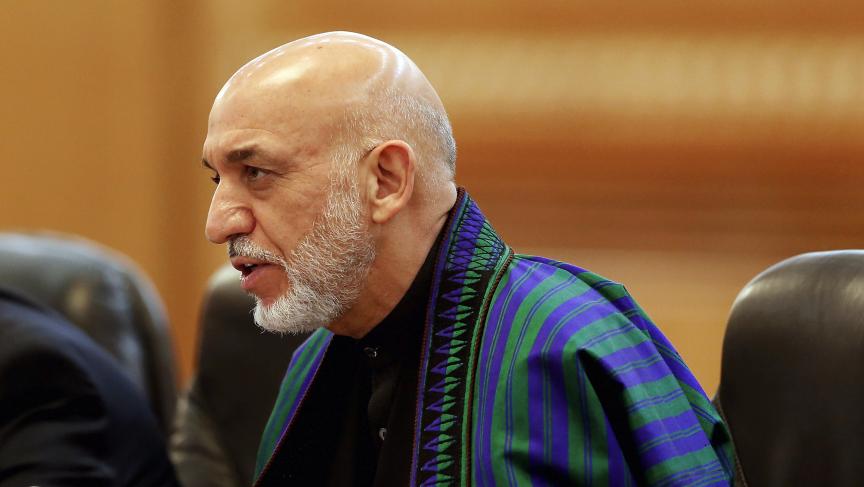 Afghan President Hamid Karzai is slated to step down next April.

Six months ahead of the Afghan presidential election, one foreign analyst is already seeing signs of potential rigging.

The first sign, says Sarah Chayes, a senior associate at the Carnegie Endowment for International Peace, is that President Hamid Karzai has "stuffed" the Independent Elections Commission with his supporters.

The next sign, she argues, is that many of the serious presidential contenders are Karzai-backers. So far, there is a "checkered" list of twenty-two candidates, some of whom have been charged with human right abuses.

"Even more important than the individual names on the list," says Chayes, "is the sort of 'smoke and mirrors' of the whole exercise." She believes that Karzai, who isn't running, may be orchestrating a win for his party. He may be having friendly candidates run to make the election seem democratic and contested.

"It's sort of like false competition," claims Chayes, similar to one multinational company producing different brands of toothpaste. "People feel like there's an actual competion among these different brands, but they all belong to the same guy."

"What I believe is going to happen is that, at an opportune moment, all but one of these pro-Karzai candidates is going to pull out and sort of throw his block of votes to the last remaining one," she says.

Chayes admits she has no evidence that the upcoming election has been fixed, just the warning signs she is picking up. On top of that, little has been done to change the system since the 2009 presidential election, which was tainted by fraud.

At the same time, President Karzai has been lashing out at the US. In an interview with the BBC this week, he said NATO is to blame for the country's current problems.

"On the security front, the entire NATO exercise was one that caused Afghanistan a lot of suffering, a lot of loss of life, and no gains, because the country is not secure," he said.

Chayes sees the rhetoric partly as an effort by Karzai to "save face" for a domestic audience. But it may have unexpected consequences for him and the country, she says, because it's the sort of attitude that will scare off the Western investment that Karzai needs.

"I still don't think much of the Afghan leadership understands just how tired the US public and goverment is with this exercise," Chayes notes, "and with what little regret the US will walk out the door and not look back!"