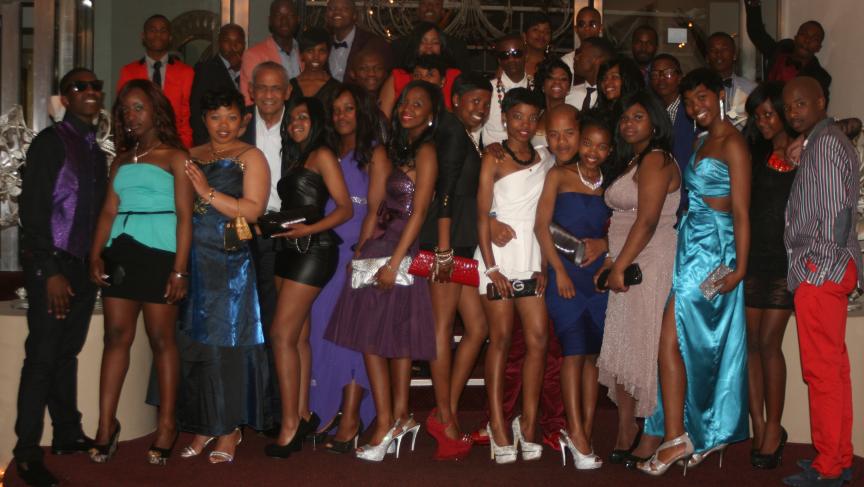 Seniors pose at the COSAT prom

A few weeks ago, I told my girlfriend that I was doing a story about the senior prom at the high school I’ve been profiling here in Cape Town. I started to explain the significance of the night – how it’s a rite of passage for many South Africans – but she cut me off.

“We’re going to prom together?” she asked excitedly. “Yay!”

The next thing I knew, I was digging out my suit (the only one I had lugged to Africa) and getting my hair cut. Caroline, my girlfriend, was trying on dresses and making a hair appointment. Neither of us had gone to our own senior proms, so we decided this was it.

Who cares if we were both 30-something Americans, and neither of us was even close to being in high school? It was time to look sharp.

We had heard that the prom was a big deal in South Africa’s low-income, black townships. But I don’t think anything could have prepared us for the fashion show we witnessed. Simply put, the kids at the Centre of Science and Technology (COSAT) went all out – and I was glad we weren’t under-dressed.

Here are some pics from the night. Enjoy!