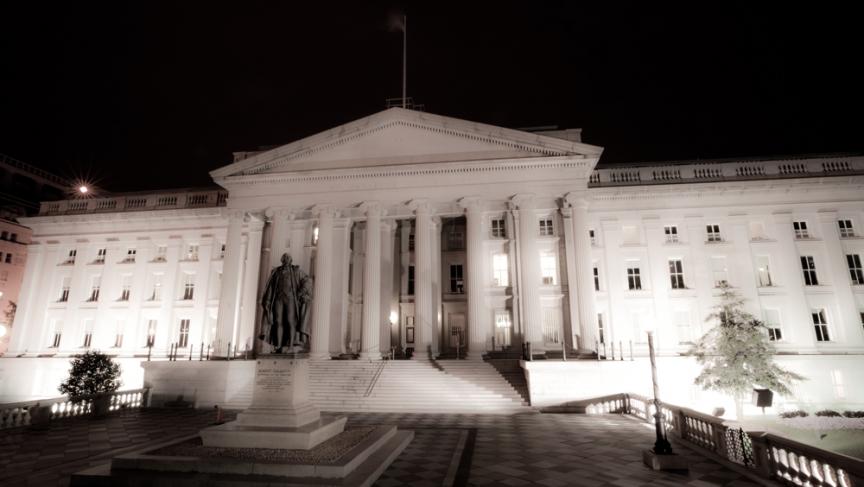 The US Treasury in Washington. Failure to raise the debt ceiling could lead the US government to default.

Things may look grim for the US government now, but another — even bigger — crisis is looming.

The US will start running out of cash unless the debt limit, set by Congress, is raised by Oct. 17.  If it's not, says the International Monetary Fund, it could be a catastrophe not only for the United States, but also the world.

Harvard economist Richard Parker agrees with the IMF.  If the US can't borrow more money, it will have to default on some of its obligations. And, like an individual who doesn't pay his bills, those missed payments will hit the country's credit rating: hard.

"The United States government has an exemplary credit rating, because it has not ever defaulted on its debt in its entire history," Parker said. "The United States has enormous advantages economically by having that reputation as being an unimpeachable borrower which repays every cent that it borrows."

Historically, Parker says, when great powers default, they usually wake up and realize they're not great powers anymore.