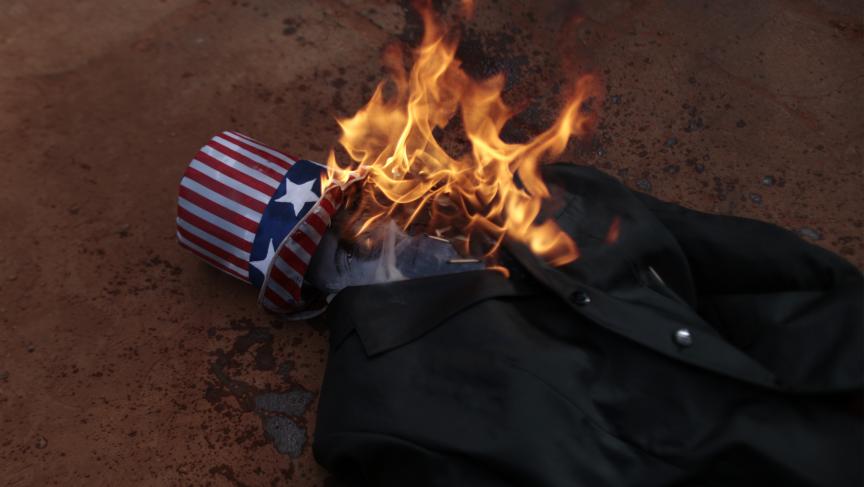 A burning effigy of President Barack Obama is seen during a protest by Brazilian students against possible US military action in Syria, in front of the US embassy in Brasilia last month.

Brazil is not the first place you might think of, if you were asked to name countries where folks can be hostile to the United States.

But recent revelations about US surveillance and drone strikes have caused a spike in tension, especially that the US government, through the NSA, has aggressively monitored the communications of both the Brazilian government and private Brazilian citizens.

That led to President Dilma Roussef postponing a state dinner with President Obama.

The tension was further highlighted over the weekend, with a screening in Rio de Janeiro of the Richard Rowley documentary, "Dirty Wars."  The film follows journalist Jeremy Scahill as he travels the world talking to families and communities affected by what he calls America's "assassination program", mostly via drone strikes.

The documentary was shown at Rio's prestigious film festival, and was followed by a panel discussion with Scahill and reporter Glenn Greenwald. Greenwald is the author of several stories based on leaks from former NSA contractor, Edward Snowden.

Freelance reporter Catherine Osborn says the tone of the event was very serious, and mostly critical of US strategy.  That's echoed in what you hear on the streets of Rio, says Osborn.

"The word imperialist has been used," says Osborn. "I've had Brazilian peers say the US is viewed differently in public opinion now, as compared to how it was a month or two ago."