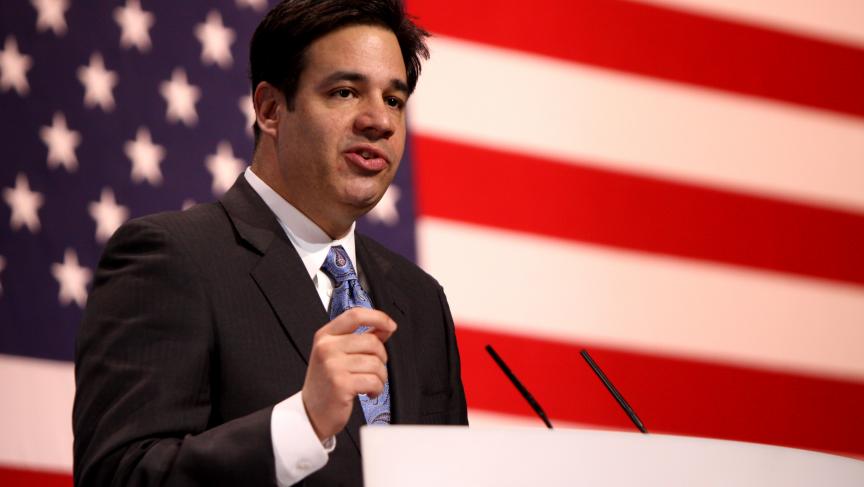 Passing a comprehensive immigration reform bill is increasingly looking like an uphill battle in the House. Many conservatives are steadfastly opposed to a path to legal residency for undocumented immigrants living in the US.

Advocates of immigration reform are now targeting Republican members of Congress they hope to sway, to revive the prospects for passage. And a key Idaho Republican is in their sights - Raúl Labrador, a Puerto Rican-born former immigration attorney.

Labrador began his career helping immigrants in communities like Caldwell, a heavily Latino city near Boise. Labrador now represents the people of Caldwell in Washington, DC, but he doesn’t visit there anymore, according to several locals I met.

“I remember him when I was working in the Acapulco restaurant,” said one Latina woman, who is undocumented and asked me not to use her name. “But now, nobody likes him, nobody. Hispanic people hate him now.”

Labrador rode the Tea Party wave to Washington three years ago and quickly established himself as a leader on immigration reform. He’s called for more secure borders and for undocumented immigrants to return to their countries of origin - standard parts of the conservative platform.

The daughter of the undocumented woman, a 30-year resident in the US without papers, said Latinos like her can’t understand what happened to Representative Labrador in Washington, DC.

“He lived off of all the immigrants going to him for advice, for paperwork. Yet now that he’s in Congress… It’s kind of two-faced in a way. He’s living off their money, but he doesn’t want to do anything for us now, so it’s hypocritical.”

The Congressman gave up his leadership position within the so-called “Gang of Eight,” a bipartisan group tasked with crafting a comprehensive immigration bill in the House. Many argue his departure helped torpedo the process. But others say it bolstered his personal influence and standing on the issue.

Idaho's Latino community makes up 12 percent of the state population and is growing fast. And some do like their congressman, said community organizer Krista Bustamante.

“Depending on who you talk to, he did help a lot of people fix their immigration status."

But she also said she has heard reports of bitterness toward Labrador, in families he represented that were torn apart with some members moving to Mexico.

Regardless, she said the Latino community supported him when he ran for Congress in 2010. "I guess they assumed that a Latino immigration attorney was going to stand up for immigrant rights and unfortunately that has not been the case.”

I asked her if she felt betrayed.

“I would say so,” said Bustamante. “That’s the feeling when I’m on the doors talking about immigration reform in the community.”

Bustamante concedes, though, that Labrador has a varied and challenging constituency to represent. Greg Hill, a professor of public policy at Boise State University, said Idaho is a deeply conservative state.

“I think Labrador as a representative is doing his best to say, ‘this is kind of what Idaho feels like in general,’” said Hill. “I don’t know if Labrador’s intentions are to stop immigration reform, but I think he’s right, Idahoans really, really care about border security, at least from my perspective in my discussions with people about this topic.”

Labrador has eluded many specifics on immigration reform, which can frustrate people, especially since Labrador has proclaimed himself a leader on the issue. His communications director, Todd Winer, turned down repeated interview requests with Labrador for this story.

Idaho author Nathaniel Hoffman wasn’t surprised by that. Hoffman’s new book Amor & Exile chronicles American citizens who marry undocumented immigrants, then are unable to live together in the US because of immigration law violations. Hoffman is waiting for Labrador to weigh in on the marriage issue and other immigration matters.

“He [Labrador] hasn’t staked out his full position yet on reform, and I believe he’s got some cards in his pocket still," says Hoffman. "And so, because the bill is still so much in play, I think he’s been very cautious as to what he says, how much he says, and who he talks to about this topic.”

It’s not just Idahoans eagerly waiting to see what Labrador does and says about immigration reform.  His rising standing and influence – as a Republican, Hispanic, immigration attorney from an increasingly Latino state – could very well influence the direction of immigration policies in this country for a generation.