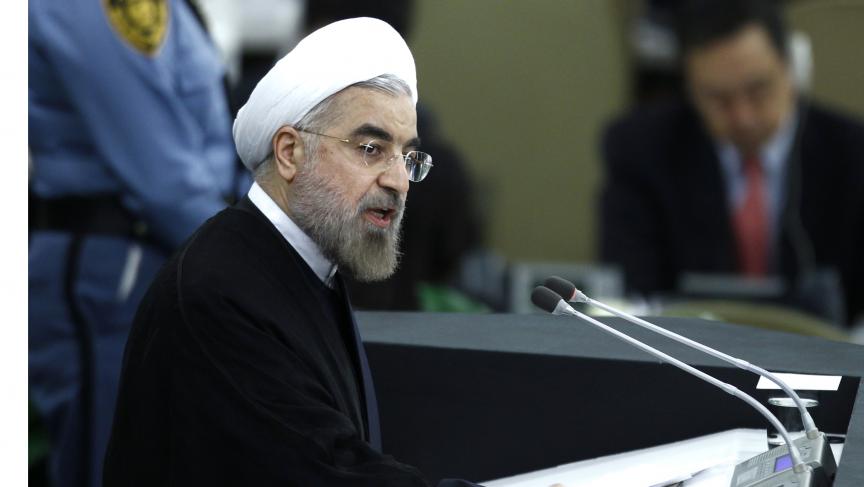 They're not quite meeting like long separated family members, but when US Secretary of State John Kerry meets Thursday with his Iranian counterpart, Javad Zarif, it will be the first time in six years that top leaders from the two countries get together.

The meeting comes on the heels of a change in stance and tone by Iranian President Hassan Rouhani, and an exchange of letter between Rouhani and President Barack Obama.

The relationship since then, he says, “has been filled with disappointment.”

But he believes there are major differences between Iran’s previous president, Mahmoud Ahmadinejad and Hasan Rouhani. He says Ahmadinejad “debated" — instead of answering questions. Rouhani seems to listen. Sick says experience so far with Rouhani has been “different” and the overall mood has been “positive.”

Rouhani has shown several signs he's willing to engage with the West.

In an interview with David Ignatius of Washington Post, Rouhani was asked about the time frame for resolving the Iranian nuclear issue. He surprised everyone by appearing to put the matter on the fast track.

“The shorter it is, the more beneficial it is to everyone. If it’s three months that would be Iran’s choice, if it’s six months that’s still good," he wrote. "It’s a question of months not years."

Combine this new sense of urgency with President Obama's speech at the UN General Assembly and, as Sick says, you have a moment that could be seized by both sides.

“The history of US-Iran relations," Sick says, "is littered with corpses of missed opportunities. My hope is this will not be one of them.”