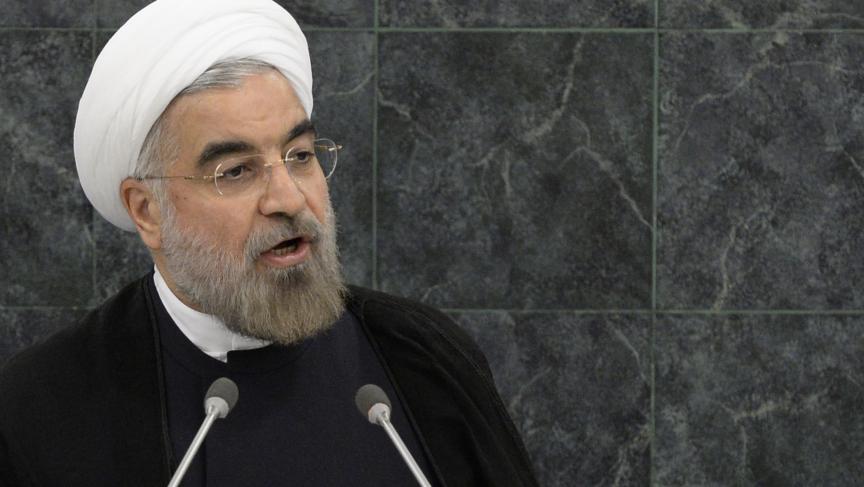 Once upon a time, like this week, an Iranian president was visiting the United States to attend a meeting at the United Nations. During his visit, he granted an interview to CNN, something a visiting leader is wont to do.

As the Iranian leader spoke in Farsi, an interpreter translated his Farsi into English. And that's where the dispute starts. The translator says the Iranian president, Hassan Rouhani, said this:

“I’ve said before that I am not a historian and that when it comes to speaking of the dimensions of the Holocaust, it is the historians that should reflect on it. But in general I can tell you that any crime that happens in history against humanity, including the crime that Nazis committed towards the Jews as well as non-Jews is reprehensible and condemnable. Whatever criminality they committed against the Jews, we condemn...”

“I have said before that I am not a historian and historians should specify, state and explain the aspects of historical events, but generally we fully condemn any kind of crime committed against humanity throughout the history, including the crime committed by the Nazis both against the Jews and non-Jews, the same way that if today any crime is committed against any nation or any religion or any people or any belief, we condemn that crime and genocide. Therefore, what the Nazis did is condemned, (but) the aspects that you talk about, clarification of these aspects is a duty of the historians and researchers, I am not a history scholar.”

That tentative acknowledgement, a "let's-leave-it-to-the-historians" approach, has been hailed by some as a breakthrough. Deboarh Lipstadt says it is still Holocaust denial, just "soft core."

"'Hard core is those who say there were no gas chambers," she said. "The Nazis had no plans to kill the Jews."

Lipstad, who wrote the book "Denying the Holocaust," says such hard core denial has been discredited. But she says soft core denial is more squishy. And Lipstadt thinks Rouhani's comment that he's not a historian and it's up to historians is a perfect example of it.

"If someone were going to ask him about World War I or World War II, or the Ottoman Empire, he wouldn't say, 'Oh, I don't really know, I'm not a historian," she said.