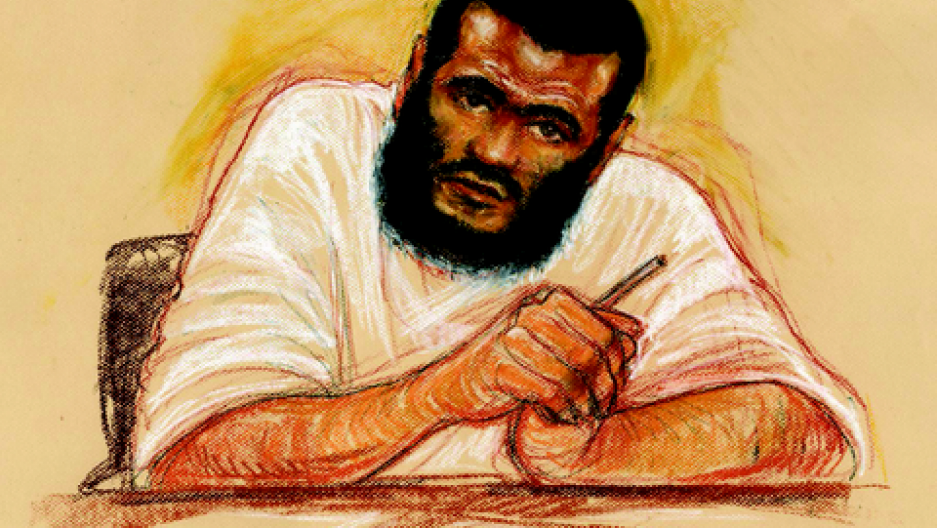 When hearings began for Guantanamo Bay inmate Omar Khadr in 2006, no cameras were allowed inside the courtroom.

In the seven years since, Hamlin's sketches have provided the only visual documentation of the hearings — which are some of the most tightly guarded in the world. The government has chosen to take extra precaution to shield what is said in the court — barring media and others not directly involved with the case from being on-site.

Hamlin — who is publishing a new book, "Sketching Guantanamo," in October  — is required to sit behind soundproof glass near the back of the courtroom and can only view the details of the defendants faces on computer monitors. Until recently, Hamlin was permitted to use magnification to help her make out the details — but that privilege has been taken away.

The court delivers audio to the press booth on a 40 second delay, so sensitive information can be blotted out. Classified testimony is obscured with white noise, Hamlin said.

"I'm constantly having to look up and see what I'm sketching and I'm not hearing whats going on for forty seconds," she said.

Hamlin has seen and drawn many high-profile defendants during her time — including Khalid Sheikh Mohammed, a Pakistani man charged with war crimes and suspected of planning the 9/11 attacks. For Hamlin, the Mohammed trial was particularly memorable. He was unhappy with her first drawing of his face and demanded Hamlin fix his nose in the image. She obliged.

Hamlin occasionally receives compliments from the security guard in charge of approving all of her images before she can send them back to the AP, she said.

"He gives me some artistic feedback but in general we have an understanding that he needs to hurry over as soon as there's a break to review and sign off on the work," Hamlin said.

As the daughter of a military man, Hamlin said she's comfortable in a court environment like Guantanamo Bay — despite the quirks and challenges a sketch artist wouldn't normally face.

"When we landed there it was somewhat familiar, oddly enough," she said.

Hamlin says she attempts to capture the mood of those on trial through body language.

"I'm trying to do it in a way that's not necessarily putting my opinions out there, but just really capturing visually for the rest of the world," she said. "I'm trying to approach it like a journalist."

Hamlin plans to continue her work through the trial of the men accused of plotting the terrorist attacks on Sept. 11, she said.