Veteran British diplomat Sherard Cowper-Coles says that handling a meeting with Iranian diplomats “after a deep chill” will require patience. Western diplomats will need to “avoid the temptation to cut straight to the chase. It’s very important to spend time on what are much more than opening courtesies.”

It would be important to display a knowledge of Iranian history and civilization—but watch out for little gaffes, “like calling the [Persian] Gulf the ‘Arabian Gulf.’”

It’s also not a good idea to overpraise, especially in public. In 1977, then-president Jimmy Carter went to Tehran. At a dinner with the Shah of Iran, Carter raised a glass to his host, and then raised his rhetorical glass even higher.

“Iran—because of the great leadership of the Shah—is an island of stability in one of the more troubled areas of the world,” said Carter.  “This is a great tribute to you,  your majesty and to your leadership and to the respect and admiration and love which your people give to you.”

A few days later, street protests began in Iran, leading eventually to the revolution, and decades of enmity with the United States.

There are, though, plenty of skillful ways to send a message in a diplomatic setting.

Nancy Soderberg, a diplomat under President Bill Clinton, remembers when the Administration agreed to receive Palestinian leader Yasser Arafat at the White House.   For Arafat it was big coup to get invited to the president’s home. But there were limits.

Arafat wasn’t allowed to bring his pistol, which he took everywhere with him. And then there was the hugging: Arafat was a big hugger. It just wouldn’t do to have him photographed hugging the president of the United States.

“Right before the meeting President Clinton was being taught by his aides this jujitsu move where if you grabbed Arafat’s elbow, pushed your hip out, there was no way he could hug him,” said Soderberg. “That’s exactly what Clinton did to avoid a picture of him being hugged.”

Arafat did eventually did get his man—seven years later. He and Clinton were finally captured locked in embrace, on neutral territory—Switzerland. 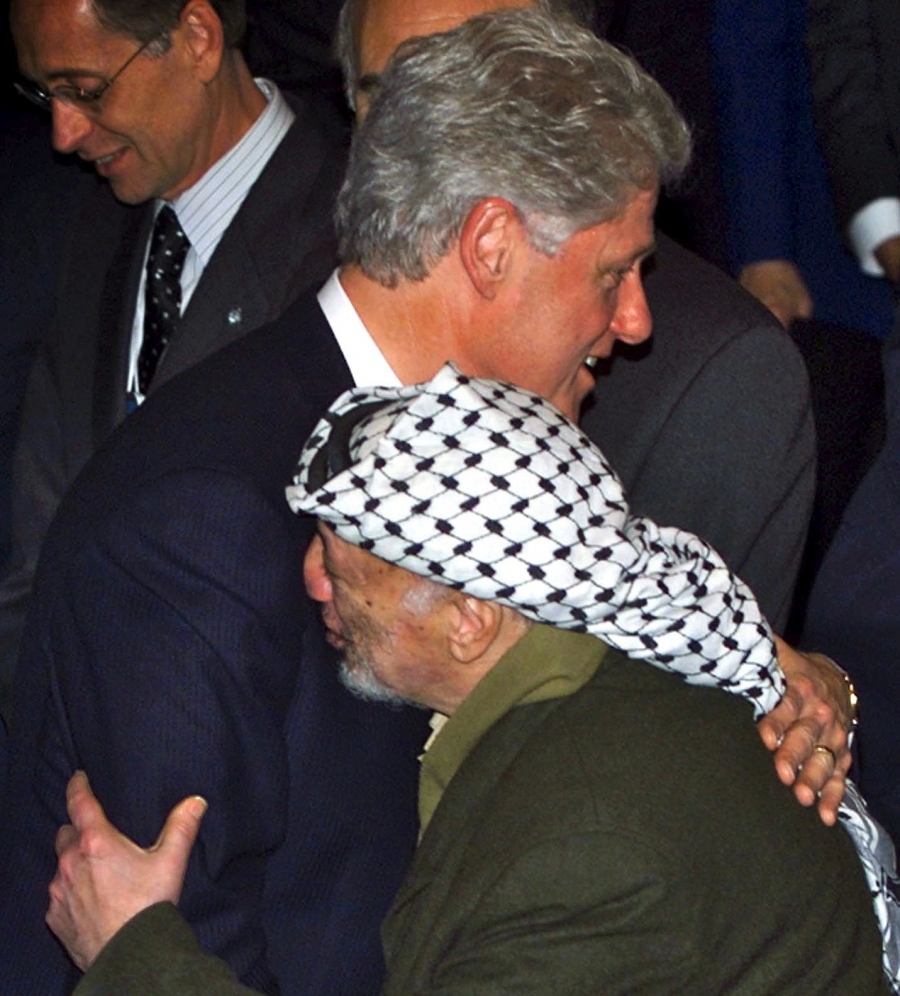 Not that you’d expect quite such warm body language between Obama and Rohani this week. One step at a time.