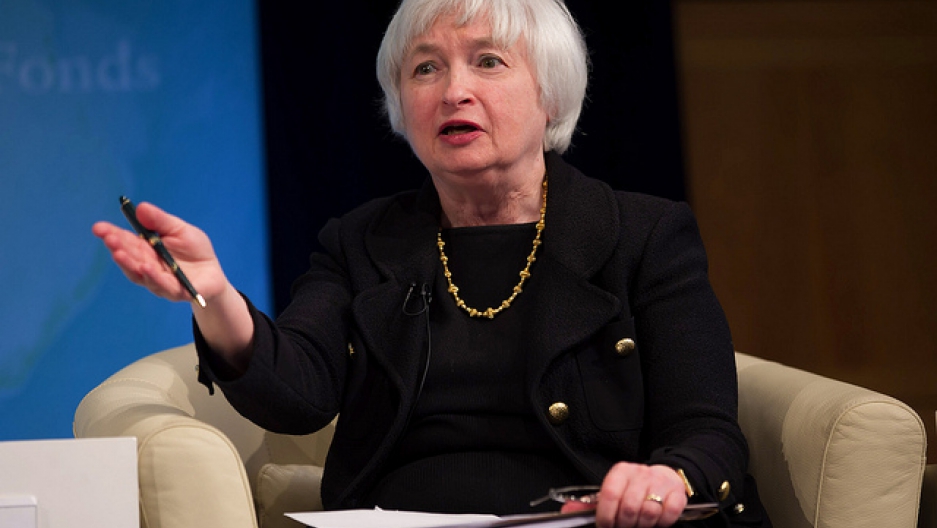 The Federal Reserve reconvened for the second part of a two-day meeting on Wednesday and surprised everyone by rejecting cutbacks on the $85 billion-per-month stimulus program the fed has been conducting.

But the question of who will succeed Chairman Ben Bernanke looms as well.

Until earlier this week, the presumptive front-runner for the seat was Treasury Secretary and former Obama Chief Economic Adviser Larry Summers. But on Sunday, Summers withdrew his name from consideration for the post.

In a note to the president, Summers said he expected resistance from Congress, where he would need approval, from not just conservative members but Democrats in the president's own party. Rather than face further Congressional gridlock, Summers withdrew.

As a result of his withdrawal, the new presumptive front-runner is considered to be Janet Yellen, current vice chairwoman of the Federal Reserve's board of governors.

Her positions on the issues facing the Fed are better established than Summers because of her long experience working in the field, said Susan M. Phillips, who served on the Fed board from 1991 to 1998, overlapping with Janet Yellen during Yellen’s first term, from 1994 to 1997.

Summers' experience included a more broad range of positions than Yellen, a benefit in the eyes of some, but a question mark for others who wondered how he'd handle one of the most influential seats of power in regards to the American economy, Phillips said.

“People just didn’t know as much about his position on monetary policy,” she said.

Bernanke's time in charge of the Fed has been marked by his efforts to increase employment, one of the first chairmen to make that issue a top priority. Yellen was involved in the formation of the Fed's current policies and in many cases has voted for them.

“It would be more a continuation of current philosophy and analysis that goes on at the Fed,” Phillips said.

Yellen's potential appointment is seen a pick for the middle. On issues like tamping back Fed purchases of mortgage-backed securities and treasury bonds, also known as quantitative easing, Summers said he would scale back more quickly. Yellen’s ideals align more with Bernanke who has said he doesn’t want to consider changing stimulus policies until unemployment dips below 6.5 percent, Phillips said.

Still, influencers of U.S. economic policy understand the current rate of security and bond purchases cannot last forever. The Fed is expected to act carefully and gradually in reducing their purchases so as not to cause a spike in interest rates.

Bernanke on Wednesday announced the Fed would maintain its current stimulus efforts — sending stocks sharply higher. A statement from The Fed said, "the Committee decided to await more evidence that progress will be sustained before adjusting the pace of its purchases.”

Further tweaks to the quantitative easing policy could come later this year during the Fed's final two meetings in October and December.