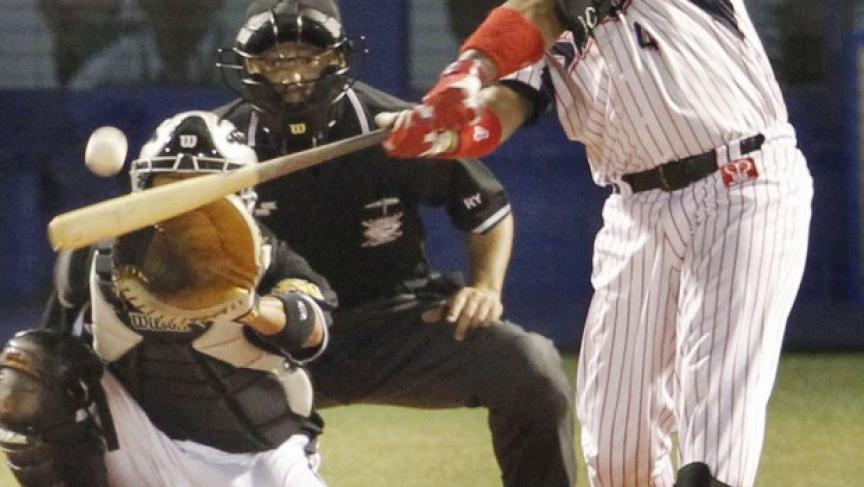 He's Wladimir Balentien, who hit his 56th and 57th home runs of the season on Sunday.

That's a new record for the Japanese league.

The 29-year-old Belentien currently plays for the Tokyo Yakult Swallows.

He used to play here in the US, for the Seattle Mariners and Cincinnati Reds.

But here's what we want to know: where is he from?

Some clues: Balentien is a native of an island in the Caribbean, just north of Venezuela. And, he represented the Netherlands in the World Baseball Classic.

Wladimir Balentien, the new "home run king" in Japan, hails from the Caribbean island of Curacao. That's the answer to our Geo Quiz.

Ken Belson writes on the business of sports for the New York Times and covered baseball in Japan for more than a decade. He tells us why this record is a milestone in the Japanese league, and a little about Sadaharu Oh, a baseball icon whose record Balentien broke.