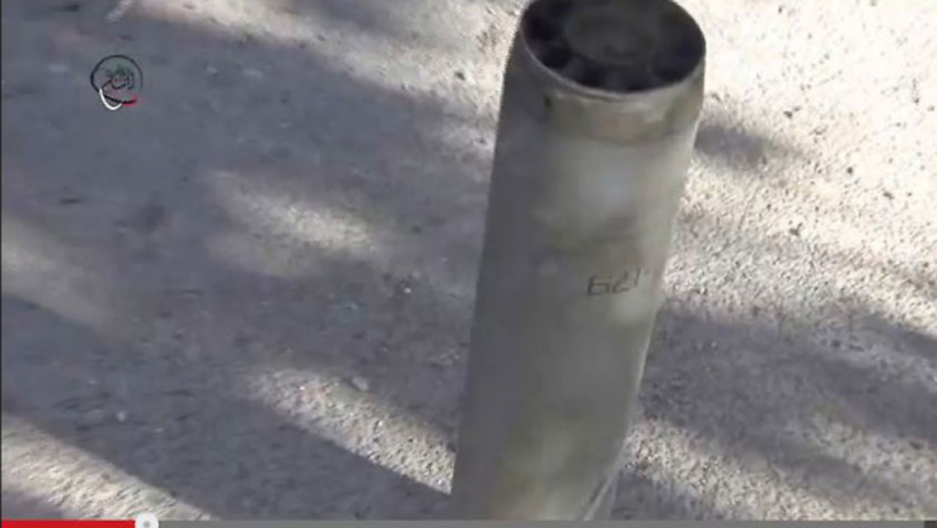 Share
While the US, Russia and other countries consider a plan that would see Syria turn over its chemical weapons, another group weighed in today on who might have carried out an alleged chemical attack against civilians in Ghouta, just outside of Damascus, on August 21st. The United States and others put the blame for that attacks squarely on the shoulders of the regime of Bashar Al-Assad. For its part, the Syrian government claims that it was actually rebel forces who carried out the attack. Today, the international rights group Human Rights Watch said that it has been conducting its own investigation into those attacks in Ghouta. In a report on its investigation, HRW says the evidence it's seen "strongly suggests" that Syrian government forces launched rockets into those rebel-held areas, and that those rockets carried a nerve agent, probably Sarin gas. "We interviewed eyewitnesses and doctors, and we did a very close analysis of the symptoms the victims showed," said Peter Bouckaert, the Geneva-based Emergencies Director for HRW. In an interview with The World, Bouckaert said that those symptoms were consistent with the effects of Sarin. "We also reconstructed the weaponry that was used in the attacks," Bouckaert said. HRW found evidence of Soviet-era rockets known to be in the hands of Syrian forces. Based on those strands of evidence, Bouckaert says, Human Rights Watch is confident in their contention that the Syrian government, not the rebels, carried out the attacks. "It's not a smoking gun," Bouckaert admits, "but I do think there's a very strong case."