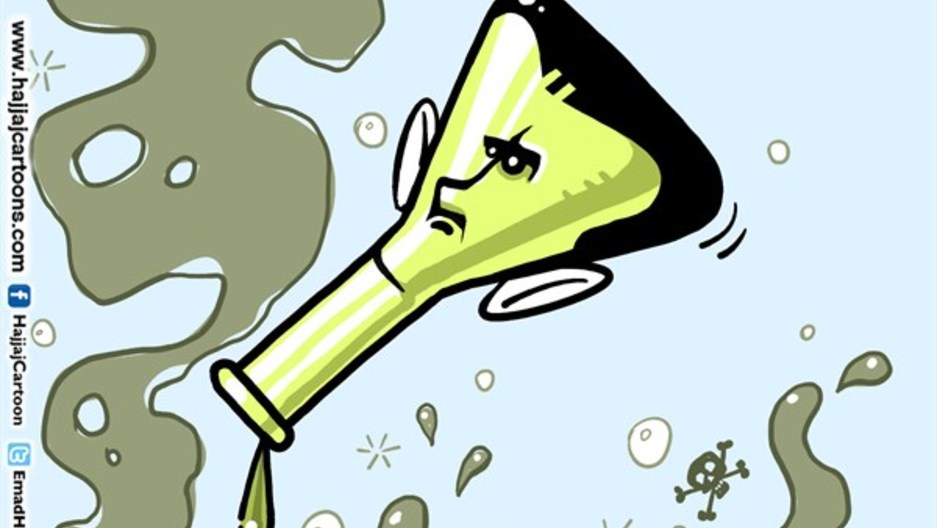 The Syrian conflict is not something to joke about. But in the darkness of the actual news there may be some lightness. Middle Eastern cartoonists are injecting humor as a way for people to deal with the war.

"Nothing is off limits," reports Jonathan Guyer, who blogs about comics and caricature at Oum Cartoon. "[Middle East cartoonists] have been depicting Syrian President Bashar al-Assad as a vulture, a butcher, a chemist cooking up chemical weapons."

And cartoonists "are mocking President Barack Obama for his eagerness to intervene," Guyer says. "Egyptians see Obama as a cowboy, very similar to George W. Bush. Turkish cartoonists are drawing Obama giving a piggy back to the foreign minister."

Egyptians are portraying "just another Middle East adventure for Obama to muck up," he says. "And there have been placards and protests across the region of Obama and Secretary of State John Kerry with big religious beards as if they're aligned with al-Qaeda or supporting them on the attack on Syria."

Guyer said in all the countries tied to the Syrian conflict, like Turkey and Jordan, people are having to deal with the crisis through humor.