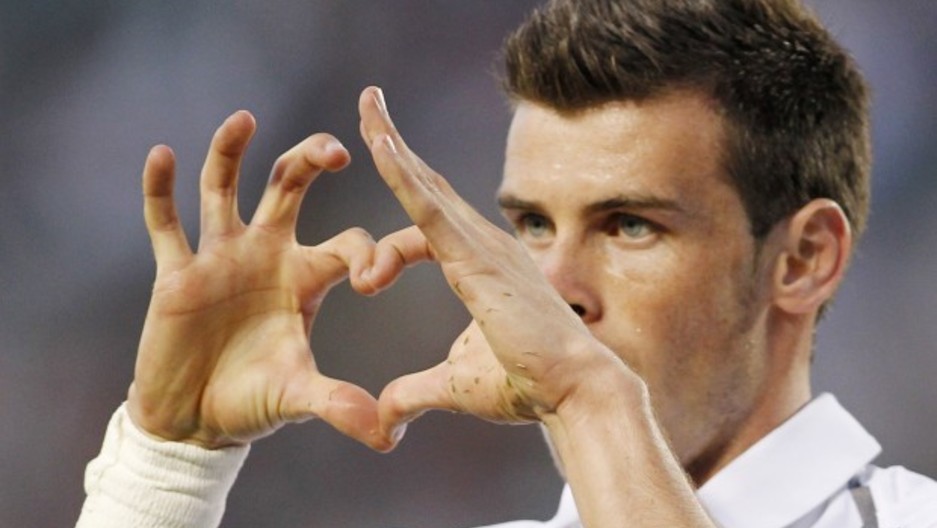 They negotiated all summer. But now it's official. Welsh soccer star Gareth Bale is a Real Madrid player.

Either way, the transfer allows Gareth Bale to join the global elite of soccer, starting with his new teammate at Real Madrid, Cristiano Ronaldo. But nobody thinks the Welsh athlete is on the same level as Ronaldo when it comes to playing the game.

"He's the boss here I think," Bale said about Cristiano Ronaldo during at a press conference in Madrid. "He's the main player, he's the best player in the world and I want to learn off him."

One thing the Welshman has already learned from Ronaldo is how to market himself. Ronaldo has made millions for himself by creating his own personal brand, called CR7 (a combination of his initials and the number on his uniform, 7).

Not to be left behind, Gareth Bale recently trademarked his own logo, which he calls the "11 of Hearts." It combines Bale's famous goal celebration (forming his hands in the shape of a heart in front of his chest) with his new jersey number at Real Madrid (11).

So now, as he goes about trying to meet the sky-high expectations of him on the soccer field, Gareth Bale will probably want to start thinking about which products he can slap that "11 of Hearts" logo on.

Oh, and don't look for Gareth Bale at the next World Cup, next year in Brazil. His national team is Wales, and the way things look right now in qualifying, Bale and the rest of the Welsh team will be watching the games in Brazil on TV.