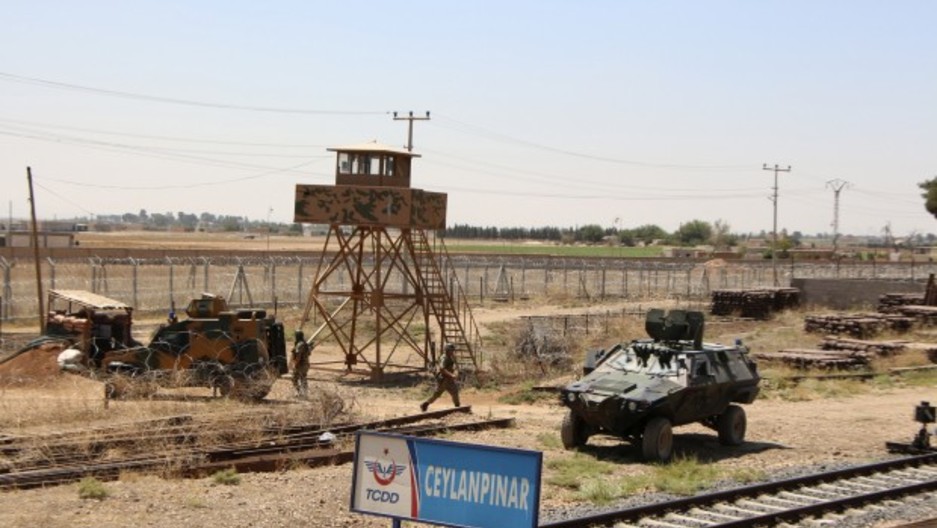 Turkish soldiers patrol on the Turkish-Syrian border in the town of Ceylanpinar in Sanliurfa province July 19, 2013. Kurdish militias have sought to consolidate their grip in northern Syria after exploiting the chaos of the country's civil war over the past year by seizing control of districts as President Bashar al-Assad's forces focused elsewhere. The clashes have reduced to the odd burst of gunfire, but days of heavy exchanges last month sent stray shells and bullets crashing onto the Turkish side. The Turkish military, which has been returning fire into Syria when stray bullets or mortars land inside Turkey, said it had fired several shots across the frontier at Ceylanpinar on the night of August 1, 2013 after a bullet from Syria hit the town. Picture taken July 19, 2013. REUTERS/Stringer (TURKEY - Tags: POLITICS MILITARY CONFLICT) - RTX128BU

Share
When news broke about an alleged chemical weapons attack in Syria, civil rights activist and outreach director for the American Islamic Congress, Nasser Weddady was leading a conflict resolution workshop for Syrians on the Turkish/Syrian border. The reaction in the room was one of horror and the mood Weddady described as "visceral." He said there were many raised eyebrows. "We on the outside world are preoccupied with whether the United States and the allies will bombing the Assad regime or not. Syrians don't believe a word of it," said Weddady. Weddady returned this past week after spending two-and-a-half months in the region working on a grassroots conflict resolution project funded by the State Department. He stopped by the studio to speak with Marco Werman.