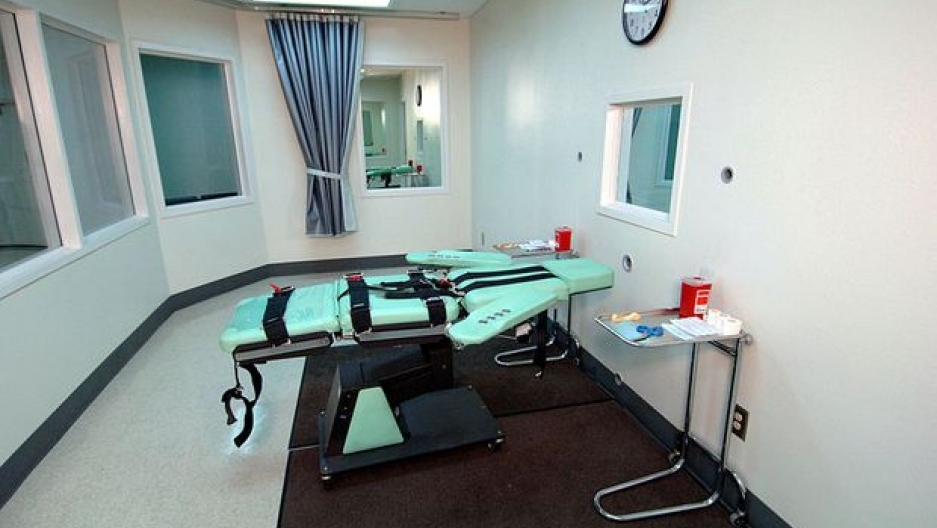 Condemned prisoners in California are executed in this room at San Quentin State Prison.

The act conceals the names of the pharmaceutical companies that manufacture the chemicals, as well as the people who administer the injections. North Dakota has adopted a similar statute protecting those involved in adminstering lethal injections.

"They're not sure what their next option will be and that's why they've put this law in place to protect that as much as they can," said Claire Simms, a reporter for Georgia Public Broadcasting.

The change comes after states across the country have had problems administering lethal injections.

"States are having a hard time getting the lethal injection drug because companies just really don't want the backlash or they say they don't want their product being used for executions," Simms said.

Unlike South Dakota, which has not ordered a lethal injection since adopting the statute, Georgia officials have put the law to the test — and now one judge is reviewing its constitutionality.

Warren Lee Hill has been on death row in Georgia since 1991, convicted of murdering his prison cell mate while serving a life sentence for killing his girlfriend.

But just hours before his scheduled execution he was granted a stay – one of two stays he was granted in July. Hill's lawyers argued that the law violated the 8th Amendment, which forbids cruel and unusual punishment. If the pharmacy and personal are unknown, the lawyers argued, how could anyone be sure the procedure was carried out ethically?

"They point exactly to some of the issues that we've heard of with compounding pharmacies across the country," Simms said.

State officials in Georgia now want Hill's case to be heard by the state Supreme Court.

"They're afraid that if the Fulton County Superior Court has the deciding voice here that every time there is someone up for execution there is going to be an issue," Simms said.

Since 1976, the state of Georgia has executed 53 individuals convicted of murder including one so far in 2013: Andrew Allen Cook on Feb. 21.

A previous version of this story incorrectly stated which state passed a similar law. The correct state is South Dakota.