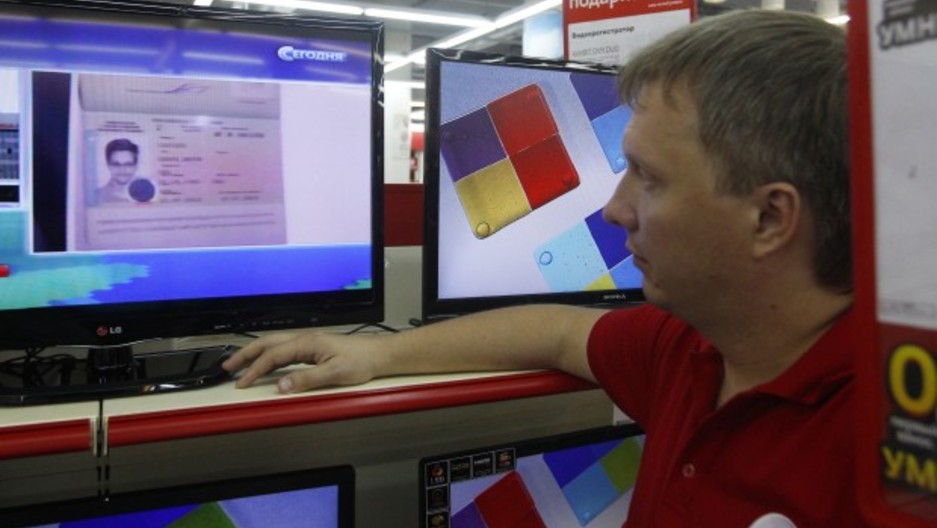 A shop assistant looks at a screen broadcasting an image of the document which grants Edward Snowden temporary asylum status for a year, in Moscow August 1, 2013. Fugitive former U.S. spy agency contractor Snowden slipped quietly out of Moscow's Sheremetyevo airport on Thursday after Russia granted him temporary asylum, ending more than a month in limbo in the transit area. Grainy images on Russian television showed Snowden's new document, which is similar to a Russian passport, and revealed that he had been granted asylum for a year from July 31. REUTERS/Maxim Shemetov (RUSSIA - Tags: POLITICS) - RTX1275E