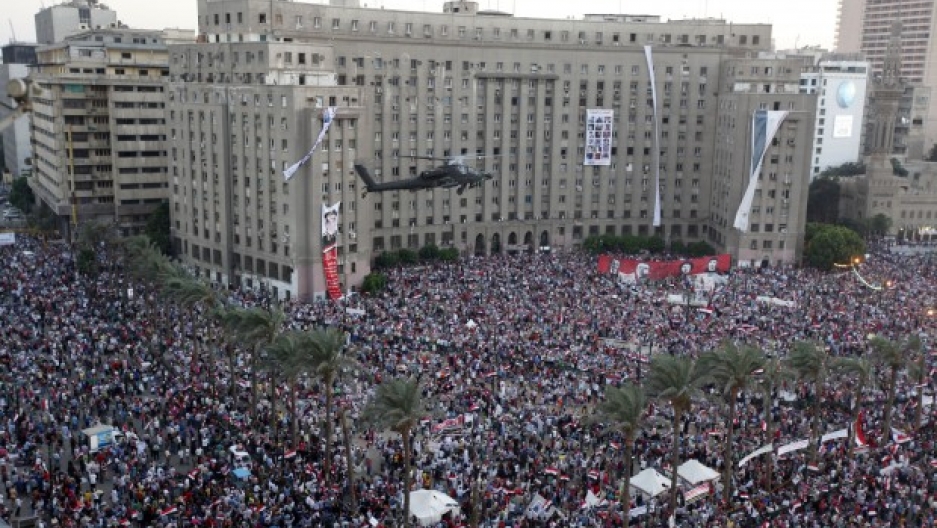 An Apache helicopter flies over Tahrir Square during a protest to support the army in Tahrir square in Cairo, July 26, 2013. Many of those Egyptians opposed to ousted President Mohamed Mursi say their admiration for the army has never wavered, and that any anger was always directed at the generals in charge. In the turbulent world of Egyptian politics since Hosni Mubarak, a former air force marshal, was toppled, the military is seen as an institution that offers stability. REUTERS/Mohamed Abd El Ghany (EGYPT - Tags: POLITICS CIVIL UNREST) - RTX120C4

Share
Egyptian authorities say ousted president Mohamed Morsi is being detained because he conspired with the Palestinian Islamist movement Hamas back in 2011. The announcement came on a day when large rival demonstrations filled the streets of Cairo with protesters, security personnel and lots of tension. Anchor Carol Hills speaks with Financial Times journalist Borzou Daragahi about the charges.