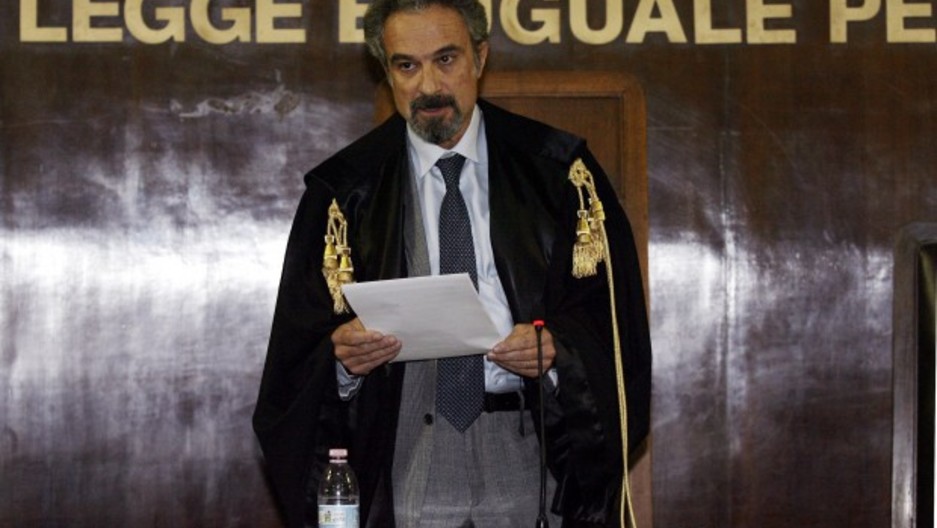 Judge Oscar Magi reads the sentence during the trial of Abu Omar in Milan November 4, 2009. An Italian judge sentenced 23 former CIA agents to up to eight years in prison on Wednesday for the abduction of a Muslim cleric in a symbolic ruling against "rendition" flights used by the former U.S. Government. REUTERS/Alessandro Garofalo (ITALY CRIME LAW) - RTXQCES

Share
After being detained in Panama Thursday, the US State Department said Friday that Robert Lady, a former CIA operative, is now headed back to the US. The strange part: Lady was held in Panama because he's a wanted man in Italy. Back in 2003, he was the CIA's station chief in Milan. He supervised the so-called "extraordinary rendition" of a terrorism suspect Muslim cleric Abu Omar. Omar was snatched from a Milan street by a CIA team and secretly flown to Egypt, where he was tortured. Italian authorities charged Lady and more than 20 other Americans with kidnapping. They all left Italy, but were convicted and sentenced to jail in absentia. Matthew Cole is a producer for NBC News' Investigative Unit who's been following the case closely. He spoke to host Marco Werman about Lady's arrest.