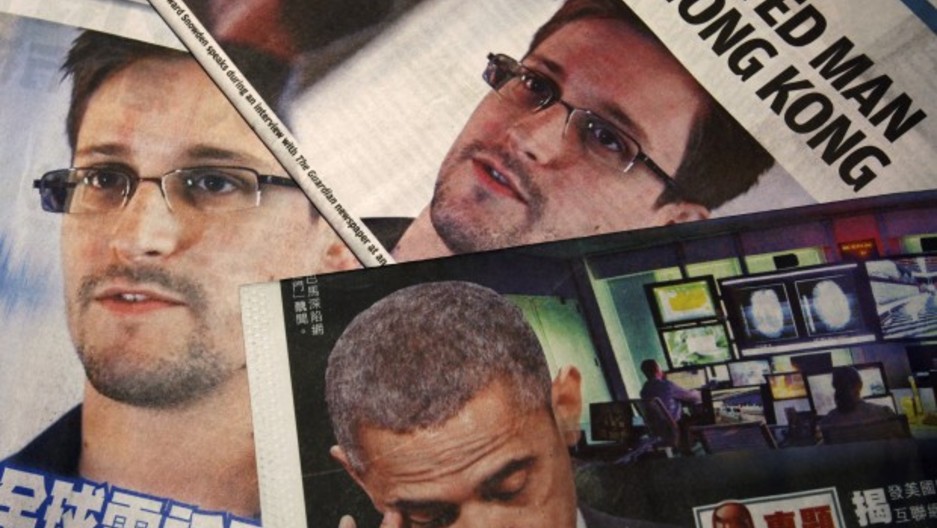 Share
The National Security Agency's secret surveillance programs were the subject of a testy open hearing in the House of Representatives today. Those programs are not so secret, of course, since Edward Snowden blew their cover with his leaks a few weeks ago. While the leaks focused on surveillance done by the US government, they've spawned a global debate that mirrors our own: Arguments over privacy vs. national security. Yet, despite Wednesday's hearings in the House, there's also a reluctance by some in Washington to tackle this issue head on. "We've had a number of Senators come out and say, 'We welcome this debate, but these programs were legal, they were approved, and the real debate has to happen behind closed doors,'" said Adam Segal with the Council on Foreign Relations. Over in the UK, the mood is similar. Wednesday, a British Parliamentary Committee issued a report that said British security services acted within the law using data to monitor citizens. Eric King with the London-based human rights organization Privacy International said today's finding "wasn't surprising." He said Parliament has become too friendly with the intelligence agencies they're meant to be investigating. "In the last 10 years we've seen the slow degradation of rights by our intelligence agencies, and so people unfortunately are becoming more used to reading about abuses by our state and about the intelligence agencies that are providing information on those decisions," he said. King said the outrage in the UK over the government surveillance practices has been "significant," with public outcry, blanket media coverage, and lawsuits. Over in Germany, opponents of Chancellor Angela Merkel have charged that she isn't doing enough to confront Washington and protect Germans' personal data. In India, the government has been moving toward greater surveillance powers. In Canada, it was recently revealed that the government there, like the NSA, has been monitoring phone calls and the internet. A newspaper editorial in Canada's second-largest paper, The Globe and Mail, called these revelations "disturbing and unacceptable." Yet, 62 percent of Canadians are okay with some government surveillance if it means stopping a terrorist threat; that figure according to a recent survey conducted by Abacus Data in Toronto. But Abacus CEO David Coletto said Canadians want it both ways. "When we asked specifically, 'Do you think all online activities, or a lot of online activities, should be monitored by the federal government if our government tells us that's going to protect us?' There we only find a third of Canadians say yes," he said. Those figures mirror the mood in the US: There's a clear conflict between the need to protect our national security and our civil liberties. There's a pendulum that constantly moves between security and privacy needs, said Harvard political scientist Joseph Nye, author of the new book, "Presidential Leadership and the Creation of the American Era." "I mean we saw it in the Civil War when Lincoln suspended Habeas Corpus, or in World War II when Franklin Roosevelt basically interned American citizens of Japanese origin," he said. "And then later the country swung back to saying this was excessive." Nye said nearly 12 years after the September 11th attacks the pendulum is beginning to swing back toward more calls for civil liberties. He adds Congress and the Administration need to find an acceptable middle ground. That's difficult, because many members of Congress say the surveillance programs are working successfully and have thwarted terrorist attacks. But Adam Segal said if the surveillance programs have made us safer, the Administration needs to be more transparent spelling out how. "It behooves them really to make that case much stronger," he said. "And then I think the American people are going to be much more comfortable with these programs." That's not to say all US lawmakers will be comfortable though. Since June, at least a half-dozen bipartisan bills have been introduced in Congress to limit the government's surveillance authority.