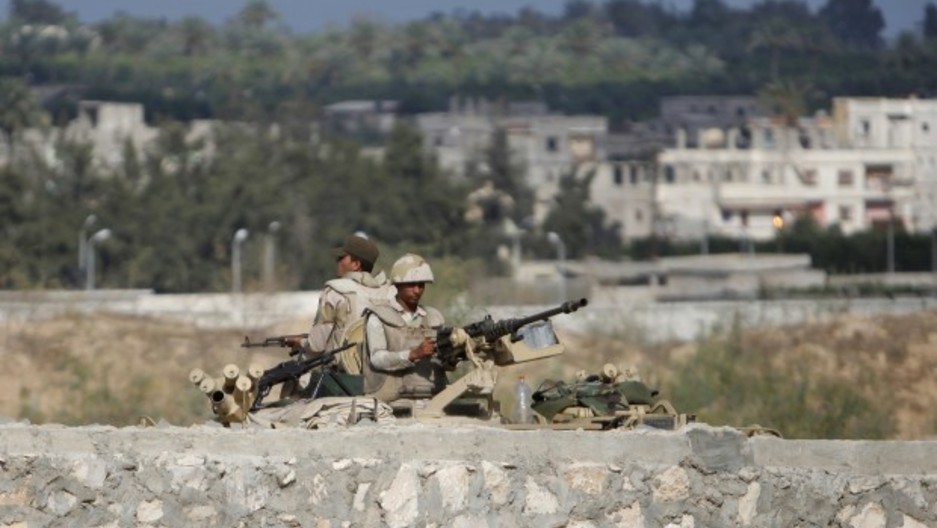 Egyptian soldiers stand guard on top of an armoured vehicle at the border between Egypt and southern Gaza Strip, July 5, 2013. Egyptian Security forces closed the Rafah border crossing as state media said it would reopen on Saturday. Security sources said Islamist gunmen opened fire on El-Arish airport, close to the border with the Gaza Strip and Israel and at three military checkpoints. A police station in Rafah on the Gaza border was hit by rockets, wounding several soldiers. REUTERS/Ibraheem Abu Mustafa (GAZA - Tags: POLITICS) - RTX11DDB

Share
The unrest and military takeover in Egypt is being followed especially closely by next door neighbor, Israel. Anchor Marco Werman finds out how Israel views the ongoing Egyptian crisis from reporter Daniel Estrin in Tel Aviv.