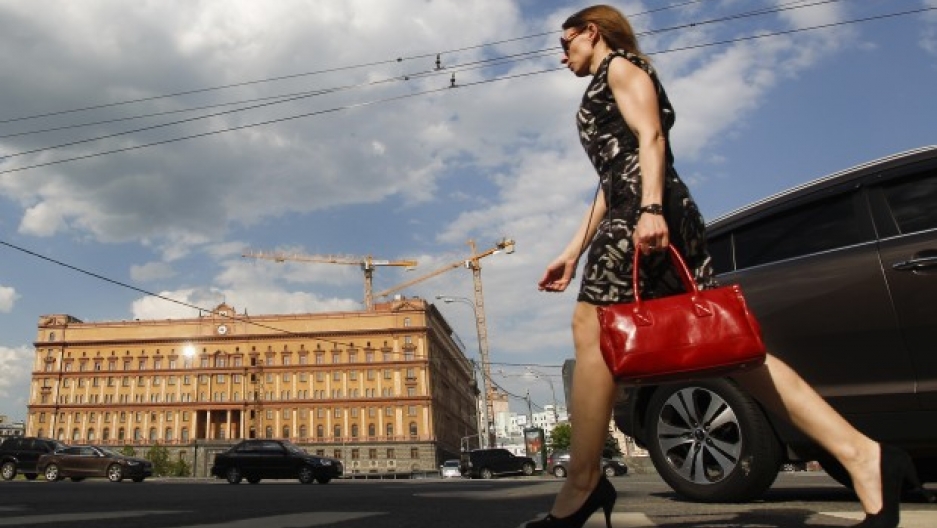 A woman walks on a street, as the headquarters (L) of the Federal Security Service is seen in the background, in central Moscow, May 14, 2013. Russia said on Tuesday it had caught an American red-handed as he tried to recruit a Russian intelligence officer to work for the CIA, a throwback to the Cold War era that risks upsetting efforts to improve relations. The Federal Security Service said Fogle, a third secretary at the U.S. Embassy in Moscow, had been detained overnight carrying "special technical equipment", a disguise, a large sum of money and instructions for recruiting his target. The U.S. embassy declined comment. REUTERS/Maxim Shemetov (RUSSIA - Tags: POLITICS CRIME LAW CITYSCAPE) - RTXZLZO

Share
There is news of an alleged American spy story in Russia that seems straight from the pages of a spy novel. It's just not clear what part is fiction and what part is not. But here's what we do know: Russia's security services, the FSB, say they caught a US diplomat wearing a blond wig, as he tried to recruit a Russian intelligence agent in Moscow. The diplomat, identified as Ryan Fogle, was detained and accused of being an undercover CIA agent. Miriam Elder, Moscow correspondent for the British daily The Guardian, says this story is one of the strangest in recent spy history.