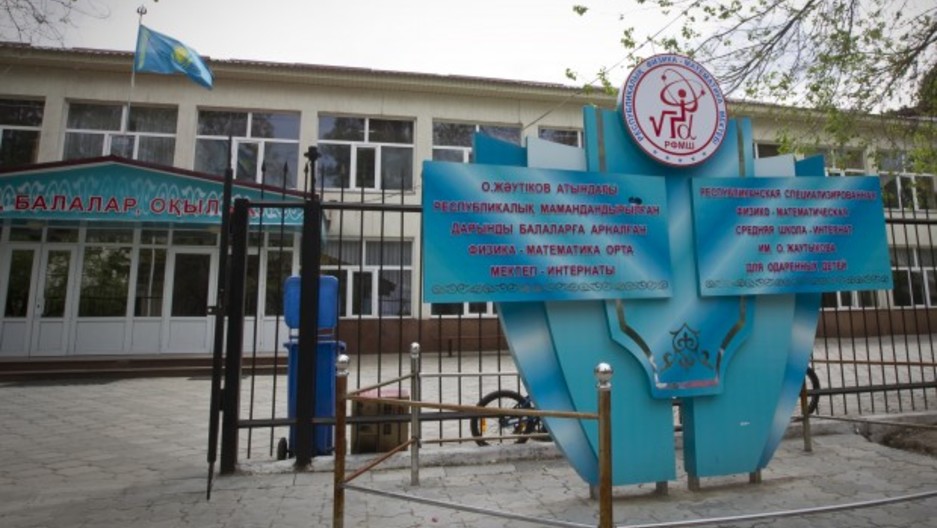 A general view shows the secondary school, which Dias Kadyrbayev attended in 2008 and 2009, in Almaty May 2, 2013. Kazakhstan said on Thursday it condemned any form of terrorism and was cooperating with the United States after two of its citizens were charged with interfering with the investigation of the Boston Marathon bombing. Students Azamat Tazhayakov and Dias Kadyrbayev, both 19, were charged by U.S. authorities with conspiring to obstruct justice by hiding a backpack and fireworks they found in the dorm room of one of the suspected bombers. The sign on the entrance (L) reads, "Come to study, kids." REUTERS/Shamil Zhumatov (KAZAKHSTAN - Tags: CRIME LAW CIVIL UNREST POLITICS) - RTXZ7DY

Share
Dias Kadyrbayev and Azamat Tazhayakov were university friends of marathon bombing suspect Dzhokhar Tsarnaev. They were charged this week with attempting to destroy evidence by disposing of a backpack and laptop computer taken from his room after they found he was a suspect in the fatal bombing. Reaction in Kazakhstan has been mixed, according to Rose Kudabaeva, with the BBC's Russian Service. Kudabaeva speaks with anchor Aaron Schachter about what people are saying about the arrests of the Kazakh nationals.