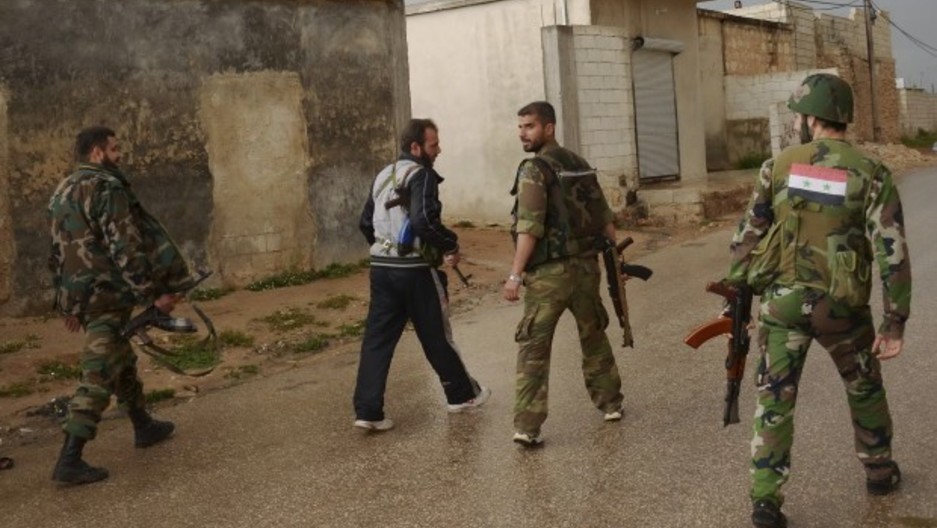 Forces loyal to Syria's President Bashar al-Assad carry their weapons as they move during what they said was an operation to push rebels from the road between the Al-Safira area and the Aleppo International Airport, April 24, 2013. REUTERS/George Ourfalian (SYRIACONFLICT POLITICS - Tags: POLITICS CONFLICT CIVIL UNREST) - RTXYY21