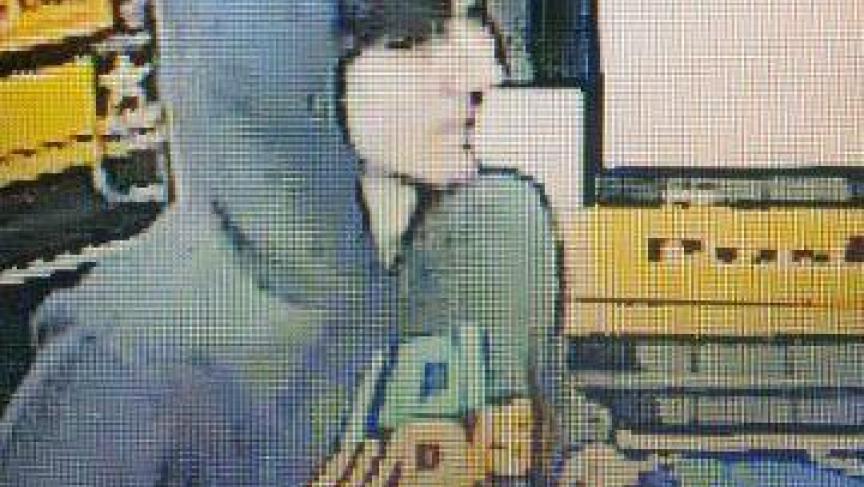 Dzhokhar A. Tsarnaev, pictured in a surveillance photo from a 7-11, is believed to be one of the two suspects in the Boston Marathon attack. (Photo courtesy of the FBI.)

The Boston Police Department revealed that Dzhokhar A. Tsarnaev, a legal resident of Cambridge and his 26-year-old brother, Tamerlan Tsarnaev are believed to be behind the terrorist attack on Monday that killed three and maimed many more. Both are ethinically Chechens, but have lived in the United States for many, many year.

As the manhunt continues, hundreds of thousands of Boston residents are being asked to "shelter" in their homes, with a whole swath of western Boston locked down. Public schools in the Boston area have been shut down, universities canceled classes and many employers shut their doors. In addition, Amtrak suspended service into and out of Boston, and Boston's public transportation, the MBTA, suspended service.

Law enforcement was going door to door in the Watertown area, checking houses to see if they could find Tsarnaev.

In a brief press conference Friday morning, Boston Police Commissioner Ed Davis Friday morning told residents of the entire city of Boston that they should lock their doors and stay home — joining their neighbors in the city's near suburbs, Watertown, Cambridge, Waltham, Newton and Belmont, in sheltering in place.

"This is a rapidly developing situation," Davis said, indicating that recently received information had led to the expansion of the shelter in place recommendation to all of Boston. "If you see anything suspicious, let us know."

Ruslan Tsarni, the uncle of the two suspects, spoke to the media Friday afternoon and criticized the two brothers and called them "losers." He urged Dzhokhar Tsarnaev to turn himself in.

Tsarni said he hasn't had any contact with the brothers in some four years. But he defended their father, his brother — saying if they'd becomed radicalized, it was by someone outside of the family.

"Why do I think they did it? Being losers. Not being able to settle themselves, and thereby just hating everyone who did," he said angrily.

Tsarni also spoke passionately about his love for living in this country.

The events leading to Friday manhunt started Thursday night about 10:30 p.m. in Cambridge, Mass., state police officials said, when a man believed to be Dzhokhar A. Tsarnaev robbed a 7-11. A short time later, the brothers are believed to have shot a police officer at MIT.

The suspects then carjacked a Mercedes, state officials said, which led to a pursuit with Watertown police and a gun battle. During the gun battle, which also involved the two suspects hurling explosive devices out of the car and at officers, Tamerlan Tsarnaev was shot and ultimately died at a local hospital, state police said. A MBTA police officer was also shot; he's in serious condition at a local hospital.

But Dzhokhar A. Tsarnaev escaped, which has led to the massive manhunt. He's described as armed and extremely dangerous — a threat to anyone who might approach him, state police said. Law enforcement were about 60 to 70 percent through a door-to-door search of a part of Watertown..

The FBI released this image of Suspect #2 in the early hours of Friday morning: