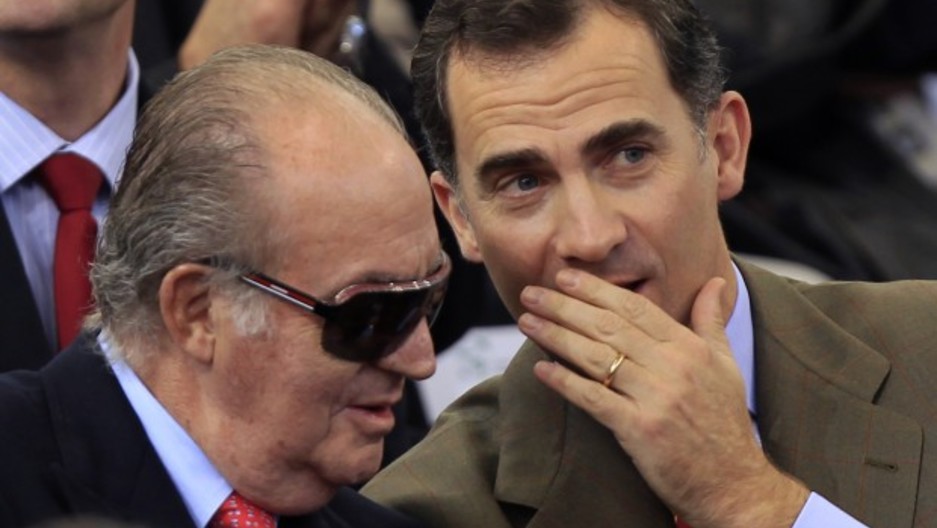 Share
Across Europe, you can find people for and against royal families. This is the 21st century after all. The few houses still standing don't have any political power. From England to Belgium to Spain, blue-bloods are mostly a symbol of tradition and identity. In the best of cases they also serve as a sort of moral compass. In Spain there's a growing sense that the Spanish royal house seems to have lost its compass, and with it, its once-high popularity among the people. For a long time, Spain's royal family seemed to be doing things right. Surviving in a modern world. And, actually, it was even a symbol of it thanks to King Juan Carlos Alfonso Víctor María de Borbón y Borbón-Dos Sicilias. Back in 1981, the King spoke to the nation on TV. There was a coup underway. Rogue military officers were holding the Parliament hostage at gunpoint. Incredibly, the King stopped it. With his words. In his televised speech he said the crown, the symbol of Spanish tradition and unity, would not tolerate anyone messing with the country's new democracy. That day, the King scored a coup of his own. Because for the next 30 years when most Spaniards thought of the palace they'd equate it with democracy. It helped that Spain's royal family was relatively discreet, modest by royal standards at least, and well behaved. But then last year things fell apart. King Juan Carlos was back on TV again, this time leaving the hospital after hip surgery. He broke it in Botswana. On a discreet vacation — to hunt elephants, while he was honorary president of the World Wildlife Fund. In a brief statement the King said sorry to his country, and promised never to shoot another large mammal as long as he lived. But a lot of people began shaking their heads. Is this where our tax payer money is going? To fund royal hunts? And during this economic crisis? The royals became fodder for Spain's evening TV wise-crackers. And then another royal scandal began. The King's son-in-law, the Duke of Palma, faces trial for allegedly stealing millions in donations to the foundation he ran — with his wife, the King's daughter. She's under investigation now too. That's a first in Spanish history. And the latest: the King himself may face his own investigation for allegedly hiding a multi-million dollar inheritance in Swiss bank accounts. A recent public opinion poll suggests royalty popularity is at its lowest point since democracy was established, in 1978. Suddenly, the once- taboo is being openly discussed: the King's Abdication "We're living in times of great difficulty," said Socialist member of Parliament, Pere Navarro, to Spanish reporters recently. "What's needed now is to see the end of this era." Next in line is the royal family's great, and perhaps last, hope, Prince Felipe. By all accounts Felipe's a straight-shooter, discreet, handsome. He married a smart, popular TV news anchor a few years back. But even with his untarnished image, Felipe the King would have a hard time restoring the throne's reputation, and role, in a country likely to struggle financially for a few years to come. The other day Felipe and his wife Leticia were booed by a boisterous crowd as they made one of their typical visits to a local community center. This is also something new. In the meantime, conservative Spanish lawmakers are trying to throw the royals a line. By subjecting the House of Borbon to new financial transparency rules being debated in parliament. It'd help avoid further scandals. And it'd be a way of saying, look, they're just like us.