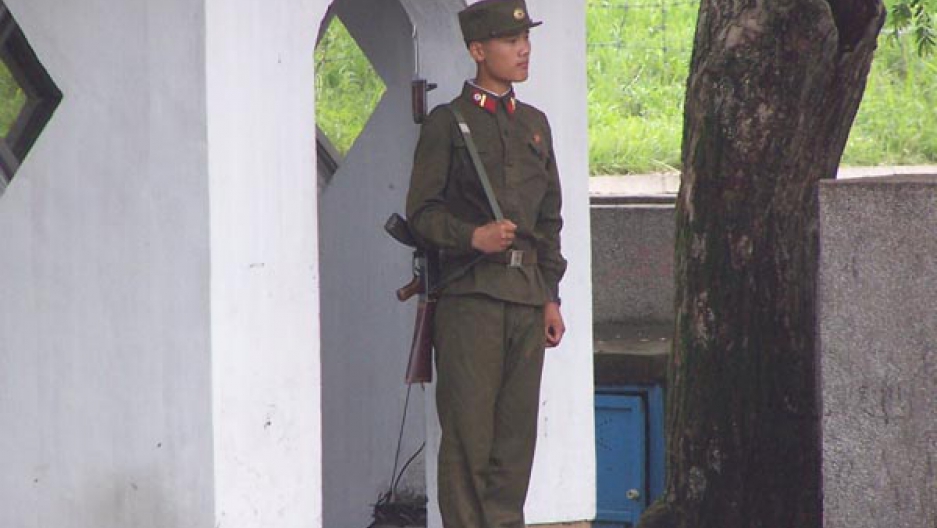 A North Korean solider stands guard along the Demilitarized Zone in 2005. (Photo by Kallgan via Wikimedia Commons.)

"We found there had been no unusual movements that indicated it wanted to carry out a nuclear test," officials said, according to reports.

Ambassador John Everard, who was the British ambassador to North Korea when the country conducted its first-nuclear test in 2006, attributed the misunderstanding to media over-reacting to a benign comment by South Korean officials.

"Although we can't rule out the possibility of a fourth test, there's no clear evidence that one is about to take place," he said.

Everard says its important to keep one eye on the North Korean calendar to determine the significance of these provocative movements. The current regime's patriarch and the first leader of communist North Korea, Kim Il Sung's birthday is April 15.

"Part of Kim Jong Un's actions ... are partly being driven by domestic concerns," Everard added. "We have had this spate of high-level political meetings over recent days, where he has appointed various ministers and sacked others. So he has a domestic audience to please."

But all of this brinksmanship is coming at a significant price for Pyongyang. As expected, South Korea and Japan have reacted without outright condemnation. But they've been joined, to a degree, by China and Russia, who have been staunch allies of the North for decades.

"The Russians have been quite unequivocal in saying that what the North Koreans are doing is simply not acceptable," Everard said. "The Chinese ... are also starting to shift."

President Xi Jinping, in remarks aimed at North Korea, declared that no state has the right to plunge the region into chaos.

"I"m sure that remark will have been studied carefully in Pyongyang, and pondered over," Everard said. "The Chinese are warning the North Koreans that they won't tolerate misbehavior indefinitely."