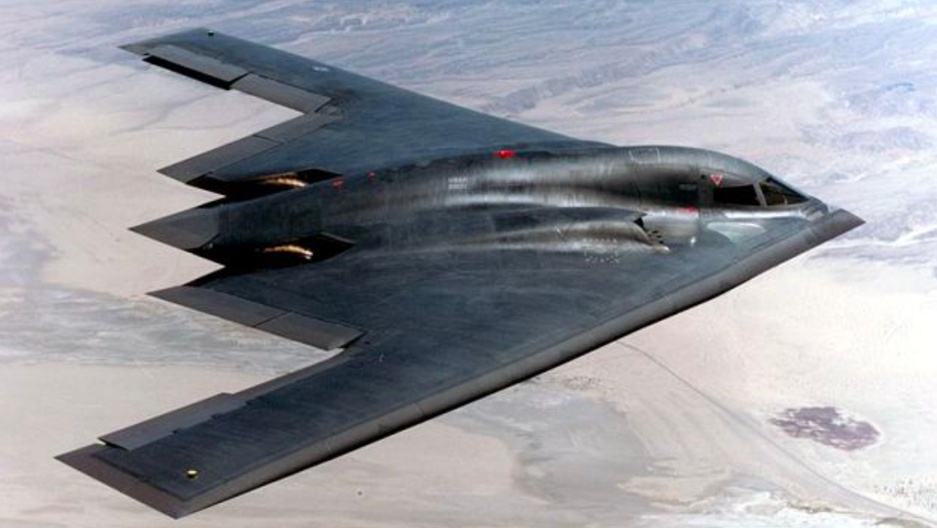 A B-2 stealth bomber, like the one pictured, flew round-trip from its base at Whiteman Air Force Base in Missouri to South Korea to take part in military exercises. (Photo courtesy of the U.S. Department of Defense.)

It's hard to know when to take North Korea seriously.

But when the rattling sabres get louder, it seems like a good time to pay attention. North Korea said last week it's ready and willing to attack U.S. forces in the western Pacific — on Guam and in Japan and South Korea — and even threatened to strike the U.S. mainland, though it's believed the isolated dictatorship is still a long way from being capable of hitting the U.S. west coast.

The latest histrionics came in response to practice runs by U.S. Air Force B-2 stealth bombers over South Korea last Thursday. The mock raid was part of a two-month military exercise the United States and South Korea are conducting. The B-2s flew from their base in Missouri to South Korea, where they dropped dummy munitions on a South Korean bomb range.

Earlier this month Pyongyang abrogated the 1953 ceasefire that ended the Korean War. That means the war has technically resumed, though no Korea-watchers are expecting hostilities, unless there's an accident. On Monday, the rhetoric cooled considerably, though U.S. officials did move a Navy destroyer closer to the Korean peninsula, in response to the country's missile threats.

U.S. officials also said they've seen no signs of large scale troop movement, which would be expected if North Korea were planning an actual attack.

On Sunday, the United States deployed its high-tech F-22 stealth fighters to South Korea, in a further demonstration that the country's most high-tech weaponry stands ready to take action in South Korea if the North attacks. The F-22s are based in nearby Japan.

But while the U.S. is amping up its military presence in response to North Korean threats, the angry rhetoric may be targeted in a different direction; the sabre-rattling may actually be directed at China.

China has put pressure on North Korea not to test nuclear weapons, not to launch its missiles, and to begin free market reforms.

The message to Pyongyang from China is: "You're out of line, you're making things difficult for us."

But that message hasn't been well-received in Pyongyang. In fact, thus far, Kim Jong-un has been resisting doing things China's way.

Kim has refused several invitations to visit Beijing, in contrast to his father and grandfather, who were more respectful to their "big brother."  That is believed to be particularly irksome to China's new president, Xi Jinping.  China joined United Nations sanctions against Pyongyang for the first time last month.

Without Chinese support, experts say, it will be impossible for North Korea to sustain any kind of conflict.

China is the isolated country's largest trading partner, supplying the country with most of its energy, as well as food and cash it needs. The country also buys up the largest share of North Korea's exports.