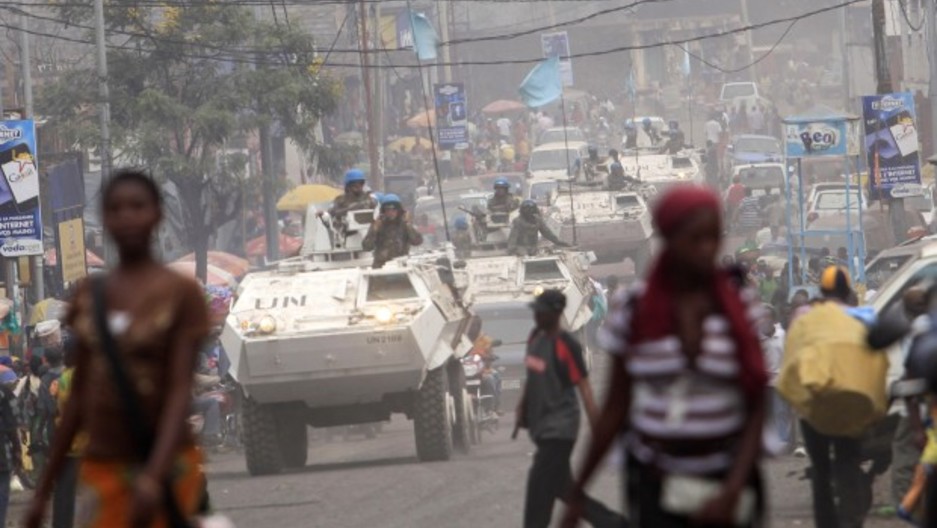 A UN peacekeeping patrol drives through the eastern Congolese city of Goma, July 23, 2012. More than 200,000 civilians have had to leave their homes and several hundred fighters have been killed in recent clashes between M23 rebels and the Congolese government. Reports of support for rebel fighters from neighbouring Rwanda have stoked fears of a slide into broader central African conflict although countries in the region last week agreed a plan to eradicate armed groups in eastern Congo. REUTERS/James Akena (DEMOCRATIC REPUBLIC OF CONGO - Tags: CIVIL UNREST POLITICS CONFLICT) - RTR358KQ

Share
This week the UN Security Council took an unprecedented step with regard to the conflict in the Democratic Republic of Congo. It approved the creation of a UN combat brigade with the authority to carry out "offensive operations" against armed rebel groups in eastern Congo. In other words, UN troops will be able to act proactively to "neutralize and disarm rebels." As opposed to the usual UN mandate for peacekeepers to hold their fire unless they come under attack. This new offensive brigade will be part of the existing 20,000 strong UN force in Congo known by the acronym MONUSCO. Severine Austerre teaches African studies at Columbia University's Barnard College. She has conducted extensive research on peace building interventions in the Democratic Republic of Congo.