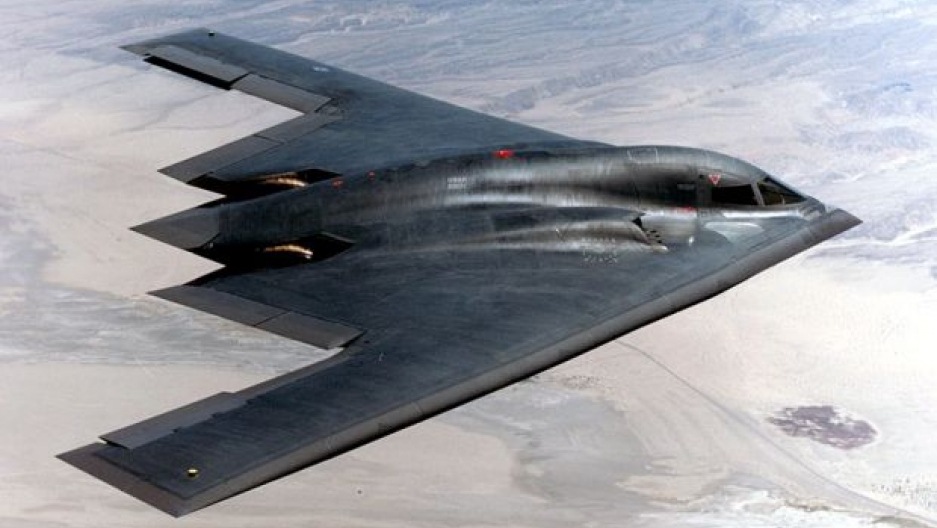 A B-2 Stealth Bomber, like one of those that flew over South Korea this week. (Photo: US Department of Defense)

Share
It's hard to know when to take North Korea seriously. But when the rattling sabres get louder, it seems like a good time to pay attention. North Korea said Friday it's ready and willing to attack US forces and the US mainland. That's their reaction to US stealth bomber practice runs over South Korea on Thursday. Earlier this month, Pyongyang abrogated the 1953 ceasefire that ended the Korean War; so technically the war has resumed. But no-one is saying actual conflict is imminent. And it seems the sabre-rattling may actually be directed not at the US, but at China. China has put pressure on North Korea. The message to Pyongyang from China is: "You're out of line, you're making things difficult for us." Thus far Kim Jong-un has been resisting doing things China's way. Kim has refused several invitations to visit Beijing, in contrast to his father and grandfather, who were more respectful to their 'big brother.' The new Chinese president, Xi Jinping, does not like to be trifled with. In other news, Xi's wife, Peng Liyuan — China's First Lady — is making headlines for a different reason. A photo was accidentally published online of Peng singing to the troops the day after the Tienanmen Square massacre in 1989. The image spoils her image, says Magistad, as China's Michelle Obama. The picture was quickly taken down but not before the Associated Press caught it.