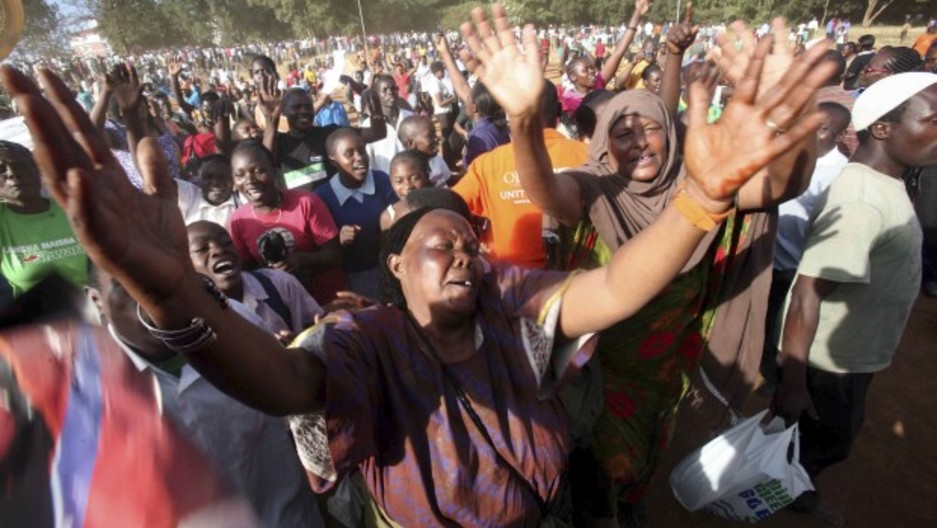 A supporter of Kenya's Prime Minister Raila Odinga reacts during a political rally at the Kibera slums in the capital Nairobi, March 12, 2013. Allies of Kenya's defeated presidential contender Odinga filed a petition on Tuesday asking the High Court to compel the electoral commission and mobile operator Safaricom to release documents to bolster their claim the vote was stolen. REUTERS/Gregory Olando (KENYA - Tags: POLITICS ELECTIONS) - RTR3EW9O

Share
Kenyan authorities have announced a crackdown on foreign media, limiting who can cover events in the country and imposing new rules for credentials. Mukoma Wa Ngugi of Cornell University, tells anchor Marco Werman that western journalists can do more to offer nuanced coverage of Kenya. "We are in a very dangerous place," Mukoma Wa Ngugi says."And we, meaning journalists, writers, we have a role to play so we don't become this country where we're at nationalistic war, whether it's metaphorical or real, with all outsiders."