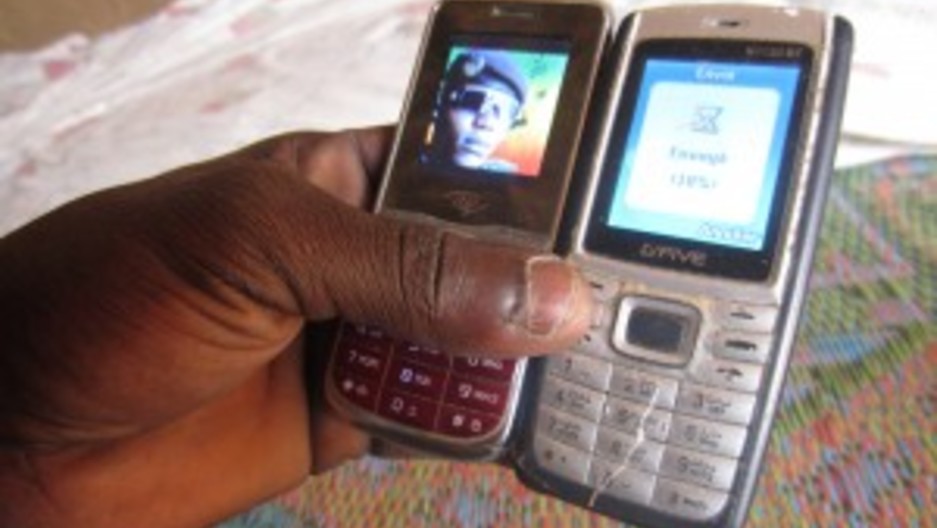 Christopher Kirkley, a Portland-based musicologist, set out in 2009 and 2010 to collect music rarely heard in the rest of the world.

Kirkley traveled to West Africa with an acoustic guitar, digital recorder and a small laptop to document what he thought would be traditional guitar music. Instead, Kirkley heard "tinny" digital audio coming from cheap, off-brand cellphones.

"The cellphone in West Africa have been introduced as the first personal digital device, so they're really like tiny PCs that people are carrying around with them with all the features," he said. "People use them as portable hard drives."

The songs people share on their cellphones are mostly recorded in amateur studios with PCs, laptops and hack versions of audio software, Kirkley said.

"The music really owes their existence to the cell phone as a device for diffusion. You can exchange music directly from cell phone to cell phone using Bluetooth wireless technology, something we're a lot more used to thinking of in terms of a hands-free headset," he said.

Kirkley became entranced by what he was hearing, so he started asking people for their cellphone SIM cards to collect the MP3s. But oftentimes, these MP3s didn’t have any information besides a filename and data tag.

"When it came to tracking down the musicians, it was really a laborious process of trying to decode this really minimal information and find out A, where the musician was coming from and B, who they were," he said.

The use of cellphones allows people to experience music, Kirkley said. But it's not always easy. In places like Northern Mali, Islamist extremists had imposed Sharia law, devastating the music community and banning cell phone music.

The extremists even destroyed cellphone towers because they saw them as part of popular music culture, Kirkley said. A French-backed military force drove the extremists from power in the urban areas, but they remain a threat.

"There's a certain ephemeral nature to this medium that's on cellphones. It survives as long as it's floating through this cloud, this sort of analogous Internet," he said. "In particular with the rebellion ... I think that the really important story of what's been happening in Northern Mali does exist on cellphone medium and we'll see what happens."