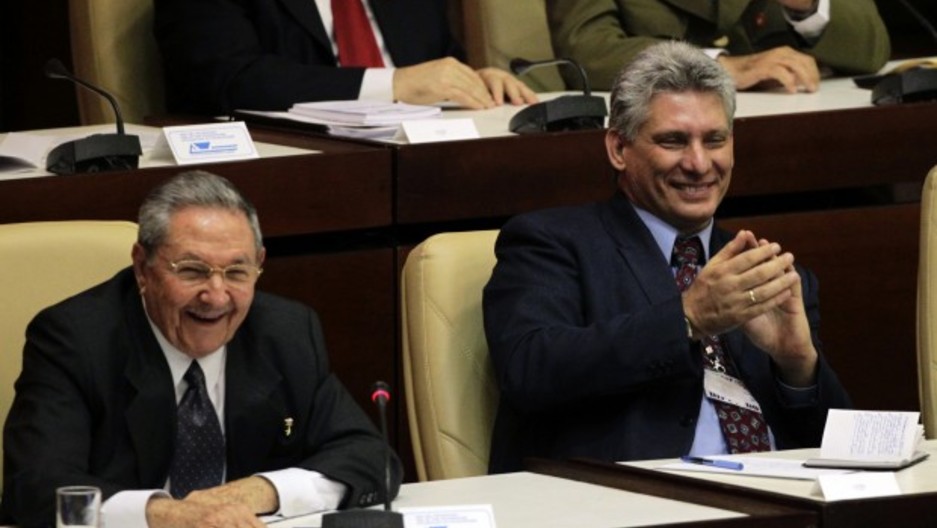 Cuba's President Raul Castro and newly elected first vice president Miguel Diaz Canel, (R), attend the closing session of the National Assembly of the Peoples Power in Havana February 24, 2013. Castro announced on Sunday he would step down from power after his second term as president ends in 2018, and the new parliament named a 52-year-old rising star to become his first vice president and most visible successor. Castro, 81, made the announcement in a nationally broadcast speech shortly after the Cuban National Assembly elected him to a second five-year term in the opening session of the new parliament. "This will be my last term," Castro said. REUTERS/Desmond Boylan (CUBA - Tags: POLITICS TPX IMAGES OF THE DAY) - RTR3E8FH

Share
Cuban leader Raul Castro announced over the weekend that he will step down as President in five years – putting an end to the Castro era since 1959. His successor is likely to be Miguel Diaz-Canel, the first vice-president. Diaz-Canel represents the next generation of Cuban leaders. And if promoted, he would be the first to become president who did not fight in the Cuban revolution. Peter Kornbluh, a Cuba analyst at the non-government National Security Archive, said Diaz-Canel is being introduced to the Cuban people and the world as the entrusted successor to the Castro era. Castro, over the weekend, said Cuba was at the moment of "historic transcendence" for a next generation of leadership. Kornbluh said as Castro pushes for more significant social and economic reforms, he is showing a more pragmatic and methodical progression of events that many thought not possible in Cuba. The Obama administration, said Kornbluh, should take this opportunity now to build better relations with Cuba under Raul Castro rather than to wait for someone who may not share the same interests.