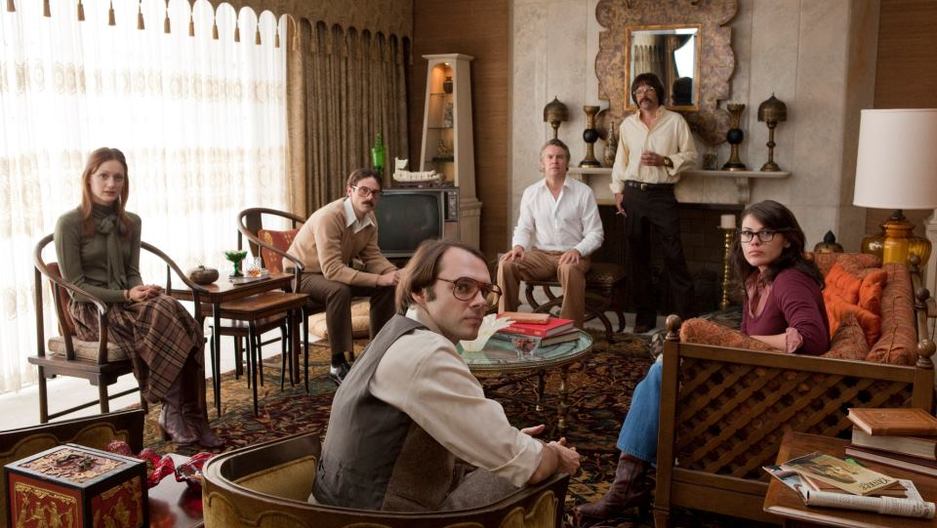 Argo, the winner of this year's Academy Award for best picture, and fellow nominees Lincoln and Zero Dark Thirty, all told stories ripped from the pages of the history book.

Or, at least inspired by history books.

But all three movies are drawing criticism from some critics for embellishing the historical events.

Peter Canellos, editorial page editor for The Boston Globe, says these movies portray themselves as historically accurate leading many filmgoers to watch them without skepticism.

"There's a real danger in these movies of people's perceptions being skewed significantly by things that the filmmakers think of as just adding a little bit of spice and drama," he said.

Ben Affleck directed Argo, a movie about the 1970s Iran hostage crisis. Now, critics are saying that many of the movie's detail are blatantly false, including the ending.

"When the movie first came out, it was sort of openly acknowledged that there's a big car chase at the end, literally onto the runway at the airport in Tehran and that never happened. The embassy workers who were masquerading as film crew, just strolled onto the plane and there was no drama at the ending," he said.

Affleck and Hollywood didn't think the historical ending was exciting enough, Canellos says, so they added the heart racing car chase. But once the film was released, other details were also found to be untrue.

In the movie, the British refuse to help the Americans. In reality, the British played an important role by helping the hostages get to the Canadian embassy.

"Now, the very elderly British ambassador to Iran is outraged and there's a sense in Britain, particularly, that history has been maligned here," he said.

But Argo wasn't the only nominee that used embellishment for the sake of Hollywood.

Steven Spielberg's Lincoln upset Connecticut lawmakers when the film portrayed two members of the state's delegation as voting no on the 13th Amendment, when they actually voted yes.

The film's screenwriter, Tony Kushner, thought the role-calls were called by state, instead of alphabetical by name, Canellos said. After realizing his mistake, Kushner chose to keep it in the film because he felt having the delegates called by state made the call more dramatic.

"(The delegates) were people who took a very strong moral stance in favor of the 13th amendment and for there to be any suggestion that some of them were opposing it is probably maligning their reputation," Canellos said.

Some have called for using Lincoln for educational purposes, which has upset some who point to the film's historical misses. But identifying the movie's historical inaccuracies could also lead to an educational opportunity, Canellos said.

"If Steven Spielberg were to acknowledge the embellishments and the errors in the movie, I think it would teach an important lesson to kids. They would enjoy the movie and they'd understand that a lot of the details either weren't true or were sort of glossed over and that details matter," he said.

Kathryn Bigelow's Zero Dark Thirty has had more serious charges leveled against it, because the details affect current policies.

"We're still in a period where people can debate the merits of torture ... and for a movie to suggest that the information that was obtained through so-called harsh interrogations led to the CIA discovering the whereabouts of Osama Bin Laden, adds to this huge argument seemingly in favor of the torture debate and it just didn't happen that way," he said.

A lot of the information surrounding the events that led to Bin Laden's death is classified, Canellos says, but Congressional committees have done an exhaustive study to prove that torture wasn't used.

"If it's, in fact, not true that torture played any role in amassing the evidence that led to Osama Bin Laden and they suggest that it did, that's violating the core narrative. That's not just putting the Connecticut Congressmen on the wrong side of the issue," he said.