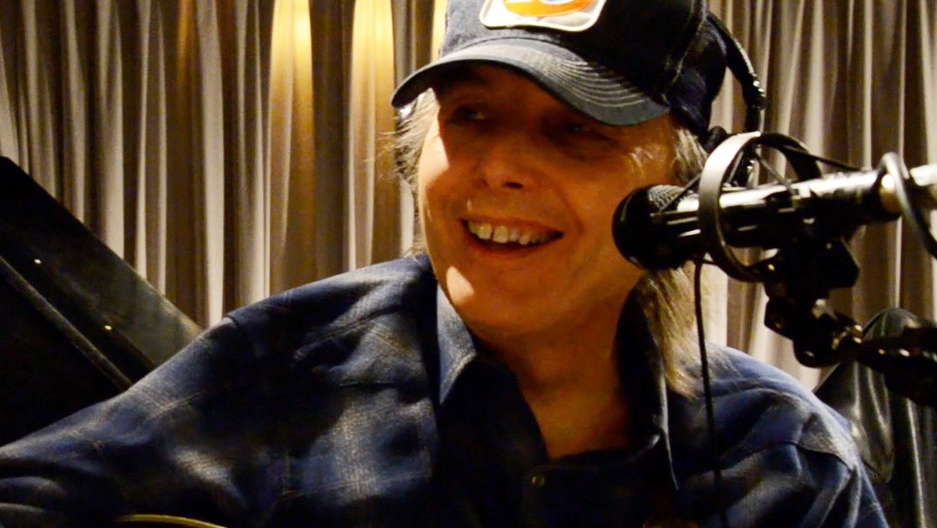 Dwight Yoakam is a prolific songwriter and, it turns out, a prolific storyteller as well. Recently, the country superstar stopped by Studio 360 --- he's on tour in support of his latest album, 3 Pears. He and Kurt Andersen spoke at length about his music, acting, and influences, and he performed several songs in the studio.

Yoakam didn't just answer questions --- he got into character, adopted regional accents, and proved he was a true student of American music history. We'll broadcast the segment on this weekend's show. But he told one story we just couldn't wait to share with you.

Unlike many country musicians, Yoakam has long enjoyed crossover success. In 2008, he headlined California's Coachella music festival alongside Death Cab for Cutie, M.I.A., and Portishead. When Kurt asked him about his audience, Yoakam spun a tale involving a "mosh pit pogo-sticking" punk rock kid, a somersaulting security guard, and flying beer bowls. You'd only believe it if you heard him tell it himself: