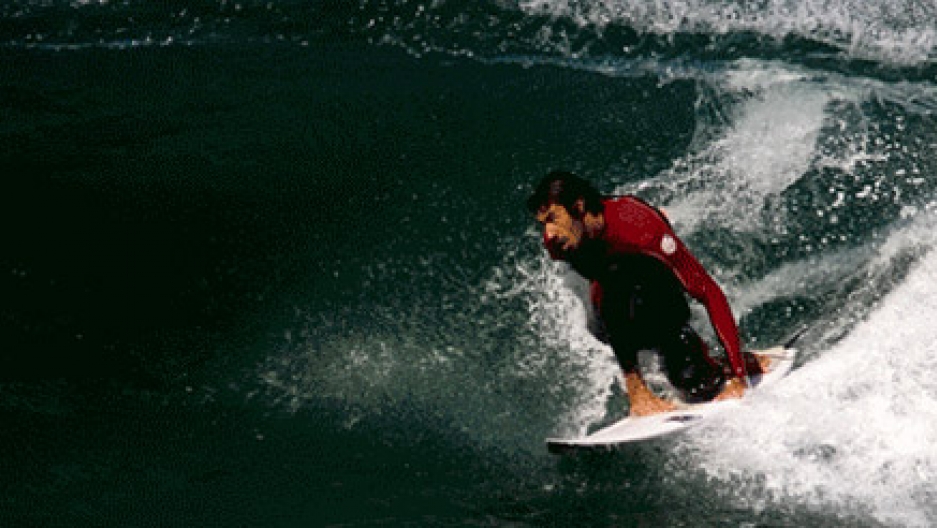 For our Geo Quiz – we'll be short and sweet because you've all probably seen the Internet videos and photos of American Garrett McNamara riding a monster wave.

The daredevil surfer caught a wave the size of small mountain somewhere along the Europe's Atlantic coast.

The wave was close to 100 feet high and may set a world surfing record.

Can you name the town or the country where the big wave came roaring in?

So you might have figured out by now that this mega wave rolled in along the Atlantic coast of Portugal.

American Garrett McNamara caught the 100 foot massive wave just off the coast of Nazaré in Portugal.

Rui Enes has surfed waves around the world, and he runs The Surfer's Camp in the village of Esmoriz in Northern Portugal.

Enes says he's been surfing at Nazaré ever since he was kid but never on a wave so spectacular as the one that American Garrett McNamara just rode.