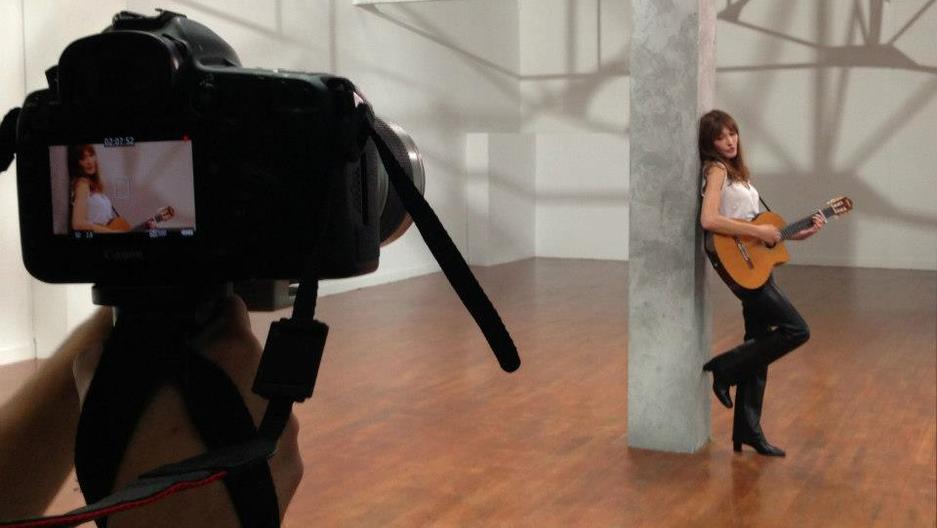 France's former first lady, Carla Bruni is going back to her old job of chanteuse. For five years Bruni didn't record an album out of respect for presidential protocol.But now that her husband is out of office, she's letting loose. The World's Gerry Hadden has the story.

For Carla Bruni, being First Lady wasn't a whole lot of fun.

In a 2010 TV interview, she lamented how cruel the press was being toward her and especially her husband, the president. "Do you know any journalist who's been neutral when it comes to Nicolas Sarkozy?" She asked.

French media have been speculating that Bruni will seek revenge on her new CD, called "Little French Songs." But this first single doesn't go on the offensive. It's a nostalgic look back. To the 1970s.

It's called "Keith and Anita." As in Rolling Stones guitarist Keith Richards and his former girlfriend the model Anita Pallenberg. The two became legendary symbols of the post-hippy, sex-drugs-and-rock n' roll era.

It's not an accident that Keith and Anita was released Monday. It was husband Nicolas Sarkozy's 58th birthday. Probably also not an accident how it avoids media bashing.

Which may be why Bruni's agent, Bertrand de Labbey, has been making the rounds on French radio, urging journalists to forget Bruni's time as first lady, and refocus, as she's doing, on her art.

Artistically speaking, Bruni's single, sort of sounds like a jazzed up version of her break-out hit " Quelqu'un m'a Dit" over a decade ago.

So if you liked the old stuff, the new should please. The new CD is out April 1st.

On it Bruni pays tribute to some of the masters of French chanson, and there's at least one love song to her hubby, who she calls Raymond. "My Raymond might wear a tie," she sings, but underneath he's a pirate.

A pirate she's out to defend, with some choice words for the media. French news outlets report this same song attacks them for making her life as first lady miserable.