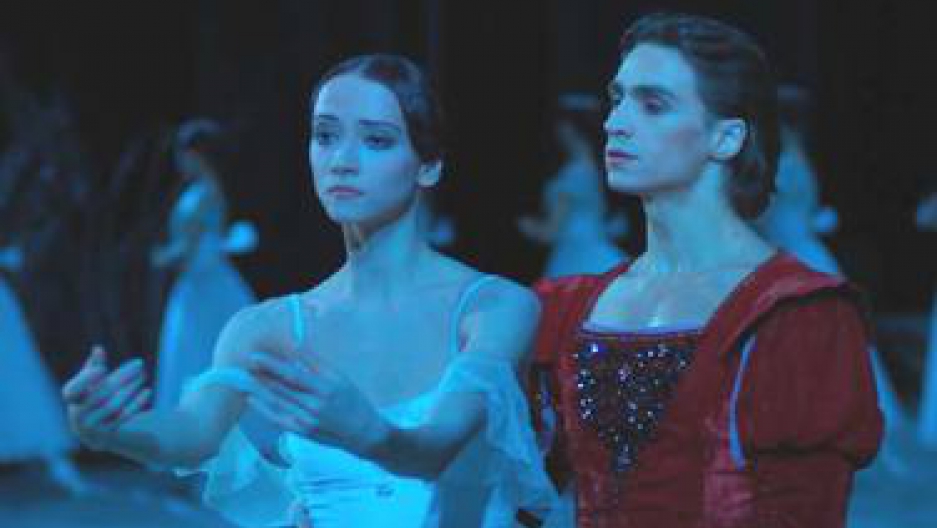 Svetlana Lunkina, as Giselle and Sergei Filin, as Count Albrecht in Giselle. (Photo by Andrei Melanyin for the Bolshoi).

The high pressure and fierce competition of the ballet world, depicted in films like “Center Stage” and “Black Swan,” often tell the stories of dancers willing to go to great lengths to shake their competition.

And yet,, when the Bolshoi Ballet’s art director, Sergei Filin, was confronted with the possibility of losing his eyesight, after a masked man threw acid in his face, the unimaginable situation has left the dance community, stunned.

A former Bolshoi dancer, 42-year-old Sergei Filin became the artistic director of the famed theater two years ago. Since starting, Filin has been under fire for decisions he’s made, including hiring American David Hallberg as a principal dancer.

Hallberg was given the starring role the night the company’s theater re-opened after extensive renovations.

But following Thursday's event, Ekaterina Novikova, a spokesperson for the Bolshoi told Russia’s Channel One, they “never imagined a war for roles — ould reach this level of crime.”

Luke Jennings, dance critic for The Observer in London, says jealousies and fighting happen in theatrical competitions. But there’s long been a political dimension to the Bolshoi.

What some perceive to be the Bolshoi heritage is the superiority of Russian dancers and Russian ballet over any other, Jennings said.

“This was very much the kind of attitude that Filin, as a dancer who spent a lot of time in the West during his career, was trying to move on from,” he said.

As art director, Filin tried to be an innovator, where it’s very hard to be one, Jennings said. Any innovation at the Bolshoi is met with resistance and profound suspicion.

"As one can see, the resistance to this kind of modernization is visceral and passionate,” he said.

“The Bolshoi has many ills. It is a disgusting cesspool of those developing friendships with the artists, the speculators and scalpers, the half-crazy fans ready to bite the throats of the rivals of their favorites, the cynical hackers, the lies in the press and the scandalous interviews of staff," he wrote.

Jennings says Ratmansky’s remarks point to the undertone of viciousness at the Bolshoi, attributing that undertone to party divisions from the Communist era that remain today.

"You are very conscious there of a sense of vendetta, of the grievances of one generation passed onto the next. Almost through families of dancers, through dynasties and generations, it's that ingrained,” he said.

But the Bolshoi, Jennings says, is still, along with the Mariinsky, the greatest ballet company in the world.

"I think what happened to Sergei Filin is unprecedented. His sight is threatened, his hair is likely to fall out, and he is likely to be in treatment for six months.,” he said. “This is beyond anything that has happened to a member of that establishment in the past.”