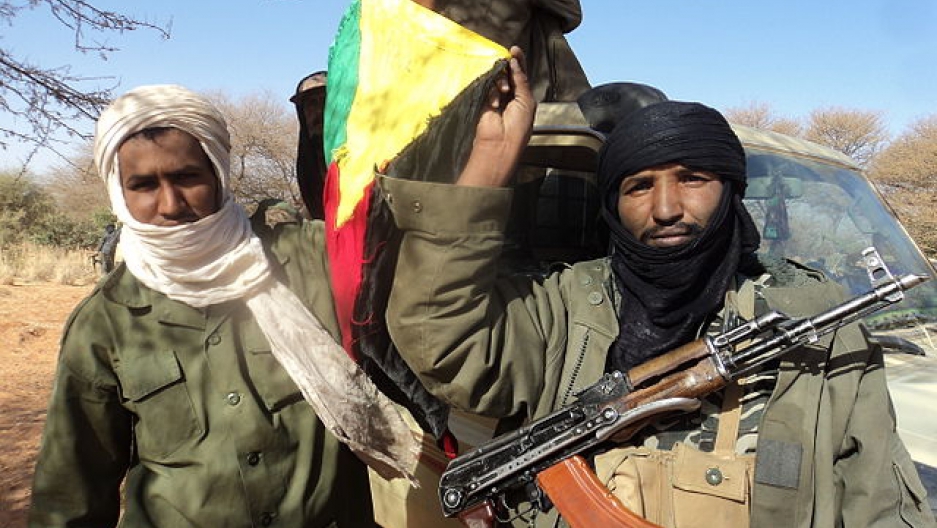 French troops engaged in their first direct combat operations in Mali on Wednesday, just days after intervening in the former French colony's struggle with Islamic militants.

The conflict began last year when Tuareg  fighters from Mali returned to their home country after fighting for former Libyan leader Muammer Gaddafi.

Upon their return, they attempted to create an independent state, but were sidelined by jihadists who have been linked to al-Qaida. Those jihadists now lead the fight against the French and their Malian hosts.

Thomas Fessy, West Africa correspondent for the BBC, says over the past decade, northern Mali has become a sort of lawless zone.

“The previous Malian administration (wasn’t) able to contain the rise of these groups who have enabled drug trafficking and hostage taking,” he said.

These groups have taken over towns and swaths of countryside and imposed Sharia law, including public punishments for minor crimes, such as stoning people to death or chopping off a limb for theft.

“They have vowed to attack Western interests either in the region or in Europe,” he said. “I think that European governments — France in particular, have been very worried that northern Mali could become a sort of haven for these Islamist groups.”

In December, the U.N. Security Council passed a resolution that calls for an African force made up of 3,000 troops from various African countries to go to Mali to try and end the insurgency.

Though French forces say they want African forces to take the lead from them, military experts doubt African forces will be able to engage in ground operations right away, he said.

"The initial U.N.-backed plan gave months to rebuild and train not only the Malian army, which was brought to its knees during the rebel offensive last year,” he said. “But also some of these regional forces are not used to carrying out operations in a terrain like this, vast deserts, sometime mountainous, (in) northern Mali. And I think this is probably the main reason why France is now sending more troops.”

The U.N. proposal had envisioned African forces being battle ready by September.

Fessy says French troops will also participate in the trickiest phase of the intervention, driving the jihadists out of the towns they’ve occupied for the last year.

“France may then be engaged, not only in the air carrying out airstrikes, but also on the ground with frontline forces, doing the job that this (African) force may not be ready for,” he said.

But France is hoping for a quick and swift resolution to this crisis. But Fessy says the latest battles have shown it won’t be an easy fight. The French have admitted to being surprised by the firepower and response of the jihadists. But there are other challenges as well.

"Tthere is the rainy season coming up in a few weeks in Mali and this will obviously complicate everything if the intervention is not over by then," Fessy said. "The French don't want to be stuck in there too long."