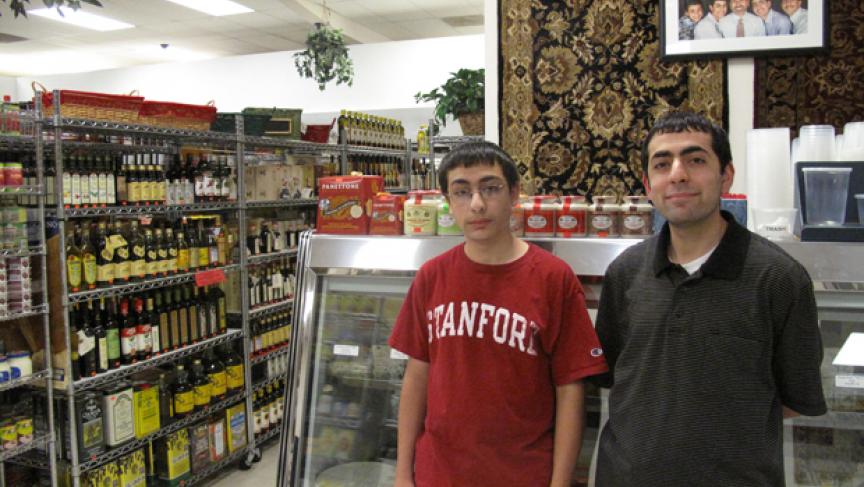 During the first Gulf War, which started in 1990, President George H.W. Bush appeared on TV and said that the United States had no beef with the people of Iraq.

But at the time, Iraq was under U.N. sanctions.

Meanwhile in Columbia, Mo., Lamya Najem and her husband, Shakir Hamoodi, had migrated to the U.S. They heard Bush on TV — and thought they understood what he said. Today, Najem looks back, resigned.

“I (would) never imagine that helping others is breaking the law," she said.

In 1990, U.S. sanctions prohibited money transfers to Iraq. Earlier this year, Najem’s husband, Hamoodi, began serving three years in prison for violating those rules by sending money to his relatives in Iraq — and helping other Iraqis in Missouri do the same. Over nine years, the transfers added up to nearly $300,000.

Najem said the idea came in 1992, when her brother-in-law called from Iraq. They expected news about a new baby.

“And then they said no, the baby, we lost the baby,” she said.

They asked why. What happened?

“They did not want to tell us first,” Najem said. “And then when we kept asking they told us that, ‘Yeah, because she had infection and we could not find the medicine for her.’”

Hamoodi’s sister-in-law couldn’t afford $10 antibiotics to treat an infection and prevent a miscarriage. Najem said she and her husband had to help.

“You can never enjoy the life and sit and be happy, and you know that your family — they are suffering," she said.

When Hamoodi started sending money to his family in 1994, he knew it was illegal.

Hamoodi couldn’t speak from prison for this story. But Inside Columbia Magazine interviewed him this summer.

"I felt obligated and responsible to extend a hand of compassionate and mercy to my family in Iraq," Hamoodi said in that interview. "So I was sending them some relief funds so as they could buy food and medicine locally there.”

No one has ever proven that Hamoodi’s money supported Saddam Hussein’s government. But U.S. officials argue that Hamoodi chose to skirt the rules instead of sending aid legally.

Don Ledford, a spokesman for the Department of Justice, which prosecuted the case, said when cash is transferred across international borders, it’s difficult, if not impossible, to trace its destination.

“There is no way to know whether those funds wind up in the hands of terrorists or innocent family members. For that reason, the very act of smuggling funds in violation of U.S. sanctions is necessarily a crime,” he said.

Hamoodi, Ledford said, chose to commit a federal crime and the court justly sentenced him.

With Hamoodi now in prison, his family is stumbling through life without him. Najem, Hamoodi’s wife, teaches Arabic to second-graders. She has never been apart from her husband for so long.

“We were always together,” she said. “He’s always there to help me, support me. So, he’s a big part of my life.”

“Makes no sense,” he said. “You’re taking a very productive citizen, a very highly educated person, who did a noble and humanitarian deed, you’re imprisoning him.”

“Usually we would sit as a family after prayer and talk, just say what happened that day and stuff like that,” he said. It made the day “finish at a good rate.”

Craig Van Matre, a pro-bono lawyer in Columbia, is working for Hamoodi. He flipped through a petition that asks President Barack Obama to shorten his client's sentence. It has thousands of signatures and letters from people Hamoodi has helped. But Van Matre said his petition is a long shot. Obama has only commuted one sentence in his term.

“There are literally thousands of people clamoring for the president’s attention,” Van Matre said. “And penetrating that noise to single out this one case is going to be a very, very difficult task.”

Hamoodi’s son, Abdul-Kafi, said his family believes this is just a test, a test from God.

"It’s kind of a test of how faithful and resilient we are," he said.

In an email, a Justice Department official said Hamoodi’s petition is being considered, but could not estimate when there would be a decision.